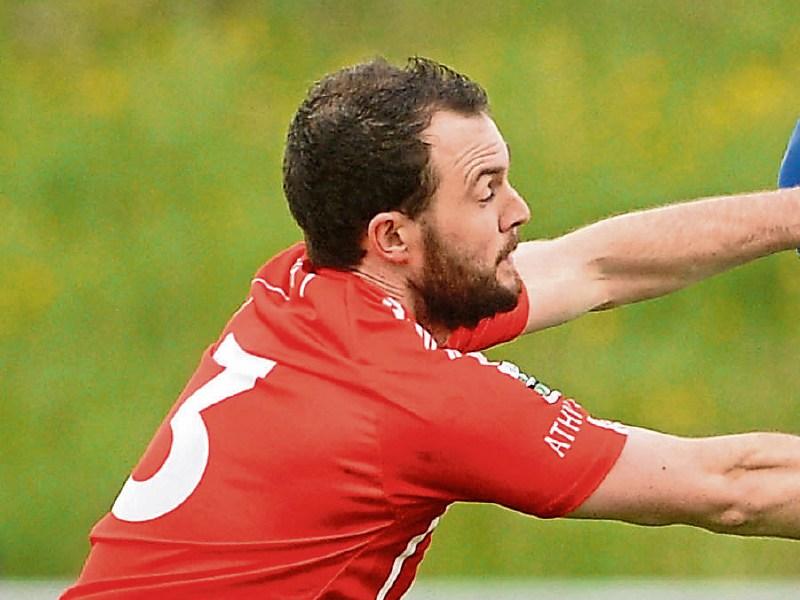 Athy booked their place in the SFL Division 1 final with a three point win over Carbury at St Conleths Park, this evening, Tuesday, July 18.

Carbury had the best of the opening half although it has to be said it was a bit of a slow burner affair. Carbury led at the break by three, 0-8 to 0-5, with Stephen McGlynn showing the way with three excellent points from play and Jack Cully adding two, one free.

Athy's shooting was at times a bit wayward and while Carbury had more of the possession, Athy could had been that bit closer but for their waywardness.

On the resumption it was Athy who came out the strongest and three points on trot leveling up matters.

Athy, with Barry Kelly working hard and linking well between defence and attack, Carbury were being exposed with gaps opening up time and time again.

Points from Liam McGovern and james eaton had the boys in red in front by two before Sean Ronan came forward to leave three in it with ten minutes remaining with Carbury yet to score in the second half.

Eventually Danny Boyle got forward to raise a white but Athy replied with points from Pascal Connell, who had a fine second half, and Tony Gibbons as Athy ran out comfortable winners on a final score line of Athy 0-13 to Carbury 0-9