Kildare and Meath clash in Leinster MFC final this Saturday 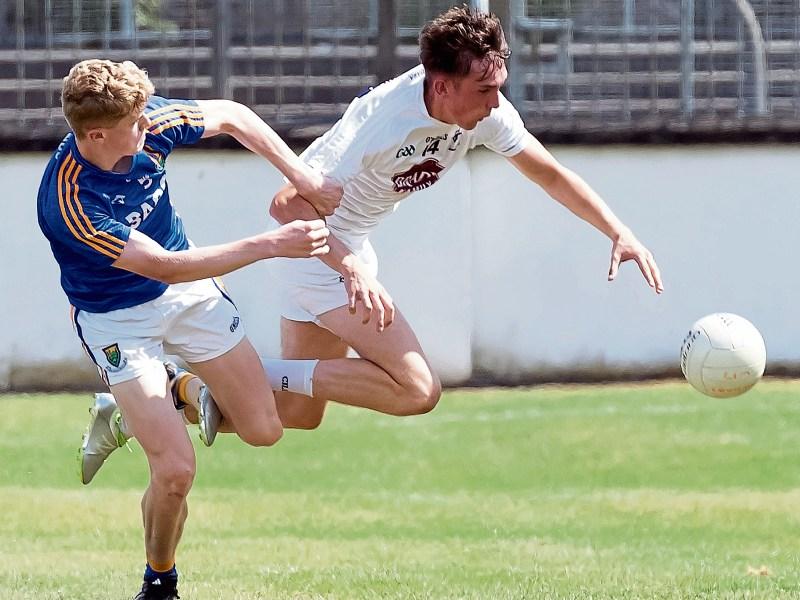 Another massive weekend for Kildare footballer with the minors getting the ball rolling on Saturday (July 21) in O'Connor Park, Tullamore, when Padraig Carbury's Kildare side take on Meath in the electric Ireland Leinster MFC final, a game that throws-in at 2 pm.

Kildare will be attempting to win their ninth Leinster title at this grade (now of course U17) while Meath currently haven ten titles to their credit.

2018 has been a long haul for The Lilies who got their campaign off on a winning note back in the first week of May at St Conleth's Park, recording a facile win over Wexford (1-17 to 0-7).

Kildare have since gone on to win all their four games in Group 2, clocking up a very impressive 8-58 and conceding just 1-27.

St Conleth's Park was then the venue for the semi final when the visitors were Wicklow who came with a big reputation having beaten Dublin in Parnell Park before clinching their semi final spot defeating Meath in their final Group game; a result that knocked out Dublin.

Managed by former great Kevin O'Brien, Wicklow brought huge vocal support to Newbridge and came with a lot of expectations.

And it wasn't too long before we knew why and while Kildare led at the break Wicklow had shown they were more than a decent team.

Extra time and the excitement continued but Kildare looked to be home and hosed with two goals from Aaron Kennedy sending them four points clear with just minutes remaining.

Incredibly Wicklow hit back, initially with a somewhat fortuitous goal before John Keogh fired over the leveler to force a replay in Aughrim, the final score reading 3-13 apiece.

Aughrim at the best of times can be a very intimidating place but with the home crowd, and a huge home crowd at that, roaring on their favourites, they dominated the opening half but Kildare hit back to leave just a single point separating them at half time (1-7 to 1-6).

A goal from substitute Muiris Curtin early in the second half set up Kildare but it took a brilliant save from the visiting keeper, John Ball to deny Wicklow a second goal following a poor kick out.

In the end Kildare had just two points to spare but were very grateful to hear the long whistle booking a final spot against Meath this Saturday.

Opponents Meath, in a group that contained six counties, won four and lost 1, ironically the one game they lost was against Wicklow.

Meath have scored a total of (remember five games as against four for Kildare) 9-68 and conceded 6-49 so all things considered on those stats there is not a terrible lot separating these final sides.

Kildare have a fairly settled side, from number 1 to 9 they have the same line-out that defeated Laoin in the opening game back in May.

Midfield is in a similar situation with Liam Broderick (Ballymore Eustace) and Marcus Kiely (Two Mile House) forming a steady partnership throughout.

Tom Browne has missed the last two games through illness and a big loss he is while Alex Beirne (Naas) has been playing well throughout this campaign as has Raheens' Michael McGovern.

Aaron Kennedy at full forward is not alone playing well but he is scoring goals while Sam Morrissey, another Naas man, has enjoyed a decent campaign; Jack Smyth (Carbury) has caused a defences a fair bit of bother as the campaign unfolded while on his day Muiris Curtin can be a handful for any team.

One of the plusses for The Lilies is the fact they have a good bench and players that have come on have all made a mark.

A few of those lads have had very heavy summer campaigns todate being involved in both hurling and football at minor level but hopefully they will be fully fit and flying come Saturday.

Meath of course are Meath and can never be taken for granted but those two games against Wicklow can certainly stand to Kildare; especially the replay in Aughrim.

Could be another cracking game of football and hopefully the minors can bring home the silverware giving further evidence that the work being done at Development level and upwards is continuing a pace in Lilywhite Land.