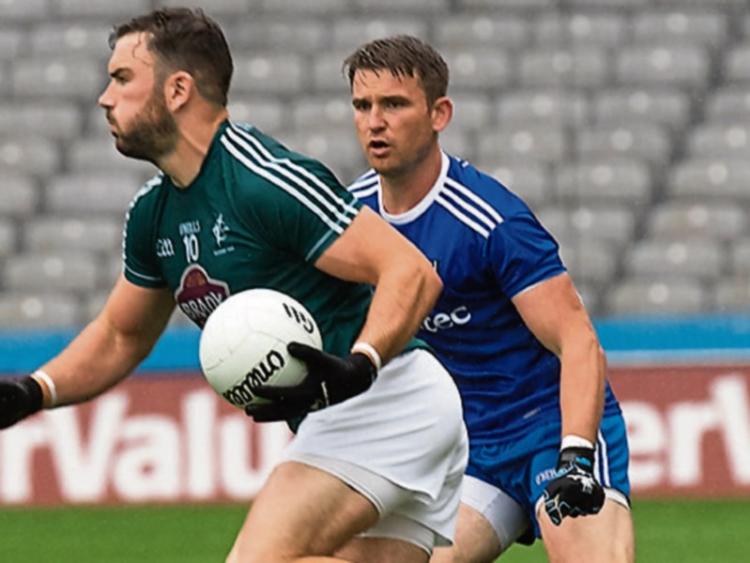 Fergal Conway on the attack against Monaghan

It was definitely a game that got away was Cian O'Neill's immediate after-match comment following Kildare's 0-15 to 1-10 defeat to Monaghan in Round 1 of the Super 8s at Croke Park this afternoon; adding that it was the team that made the least number of mistakes who came through and that unfortunately today that was Kildare.

Monaghan opened and took the lead but a brilliant Daniel Flynn goal after six minutes saw The Lilies lead but Monaghan hit back and by half time led by two 0-10 to 1-5.

The second half followed a similar pattern, Kildare drawing level after 45 minutes. However they could never get their noses in front with Monaghan showing all their experience, their physicality and their ability to get scores that little bit easier.

Kildare did have chances but poor handling, albeit in difficult conditions, proved their down fall.

Kildare now take on Galway next Sunday is a must win game if they are to progress.