Sky Sports the big loser as Moorefield edge out Sarsfields 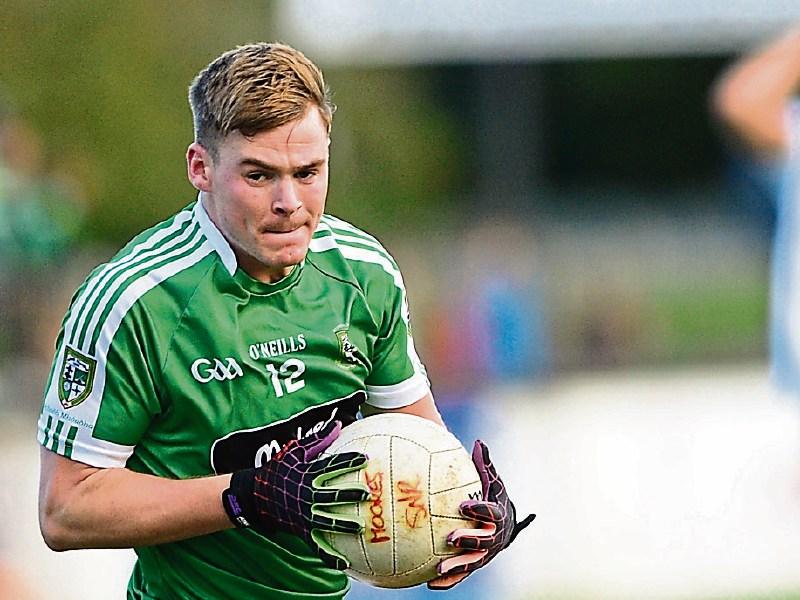 When we entered St Conleth's Park on Friday evening the first thing we spotted was the ‘moveable’ Sky Sports Studio had been erected at the mid-way point of the terrace, from where it had been originally erected at Town end of the grounds.

We looked around but no sign of Rachel, Jim McGuinness, Peter Canavan or any of the Sky GAA crew.

Maybe they are not here, I thought to myself, for the latest version of the Moorefield v Sarsfields, this time in the SFL semi final.

Well you know the ones who lost out were Sky and whatever viewership they would have had because this was a cracking game, worthy of live television coverage.

The scores came thick and fast, the football was a very high quality and the big attendance were treated to a game that everything that is good about the game at the minute.

Sarsfields opened a two point lead within a minute with Ray Cahill and Ben McCormack finding the posts.

Adam Tyrrell reduced the deficit before Sean Campbell was shown black for a deliberate pull down on Tyrrell and Mark Murray had the sides level.

Eddie Heavey edged The Moores ahead with a brilliant left footed effort from close to the side line into the Kilcullen end.

Ray Cahill had the sides level for the second time with a free but Eoin O'Connor hit a beauty to restore the lead to the boys from the top of the town.

It was end to end stuff on a beautiful warm evening and the very healthy attendance were enjoying every minute as we reached the mid-way point.

Two Ray Cahill points, the first a brilliantly taken effort, had The Sash one clear but Moorefield hit back when a centre by Anthony Durney saw Adam Tyrrell gain possession, sent it into across the square and there was Aaron Mullins to first time the breaking ball to the net , Eddie Heavey quickly added a free and Moorefield led 1-5 to 0-5, with 20 on the clock.

Two Ray Cahill points and a similar score from  Caoimghin McDonnell  and one each from Adam Tyrrell and Aaron Mullins had The Moores two clear with half time approaching. Tyrrell, who was winning practically every ball that came his way added  another, Cian Byrne replied to leave the half time score reading Moorefield 1-8 Sarsfields 0-9 at the break.

Alan Smith reduced the lead before Dean Domican sent Ronan Fitzgibbon on a run down the right wing; he beat his man cut inside before firing to the net and when Alan Smith added a quick point Sarsfields were now two clear, 1-12 to 1-10, 40 minutes on the time piece.

That was increased to three when Fitzgibbon fired over and The Sash boys were beginning to look like they might dethrone the current league champions.

Adam Tyrrell, what a game he had, reduced the deficit; Conn Whelan restored the three point lead but The Moores hit back with points from Ian Meehan and two beauties from Adam Tyrrell.

Gary White (45) edged his side back in front but substitute Jason Philips had The Moorefield fans on their feet when he drew the sides level for the fifth time.

Then on 60 minutes, Roli Sweeney, a man who has broke Sarsfields hearts more time in recent (and not so recent) times edged Moorefield back in front.

Both sides had chances to add to their tallies but with 64 minutes on the clock it was Moorefield who finished it in style, a sweeping move saw Adam Tyrrell gain possession, run through the Sarsfields defence before unlashing a pile driver to the back of Andy O'Brien's net, the final whistle arrived Moorefield march on to the final, winning 2-16 to 1-15, and a meeting with the winners of Athy and Carbury.

The big losers however were not Sarsfields but Sky TV, they missed a cracker and could you imagine Rachel Wyse chatting to man of match Adam Tyrrell.

It's still not too late Rachel!