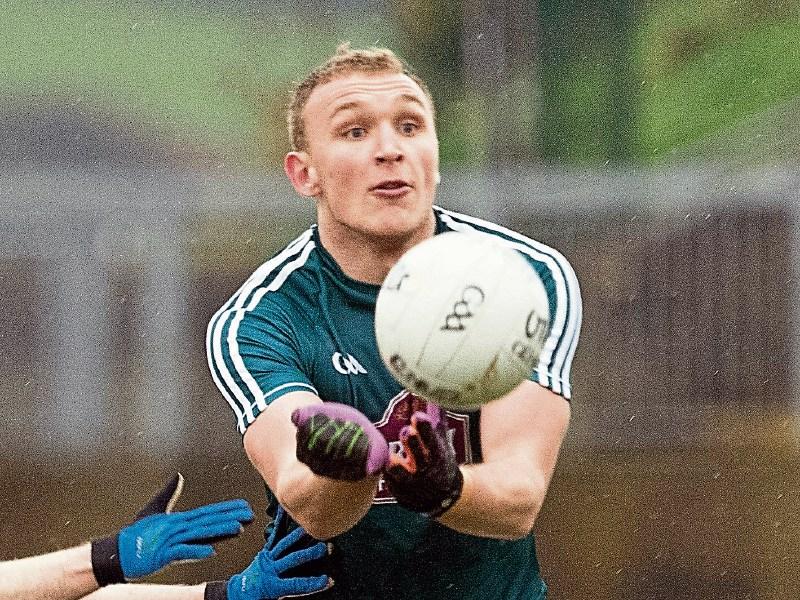 And so to the start of the Super 8s series and the meeting of Kildare and Monaghan on Sunday in Croke Park, throw-in 2 pm.

These sides clashed in Round 2 of the Allianz Football (Division 1) earlier this season and the Leinster Leader reported the following on the game.

This was a real 'six pointer' and in the end it was the visitors who headed home with both points safely in the locker. It is a game that Kildare should have taken one point, at least. That they did not was not down to Monaghan, no disrespect to Malachy O'Rourke's side, but Kildare had enough chances, enough opportunities to win, and win with a few points in hand.

Did they deserve to win, or even draw?

That is very debatable after an opening half when they showed all their inexperience, both physically and mentally, at this level. And while most will point to the misfiring boot of Kevin Feely who had one of 'those' days, there were others who were equally at fault for a defeat that could prove very costly by the end of this campaign.

And so it proved.

Kildare boss Cian O'Neill said after the game: “A huge opportunity missed and we can blame no one but ourselves.

“We had the chances; we created the chances but it was fair to say the first ten minutes or so was a fair reflection of how we played throughout the match where we had chance after chance, didn't execute them and then got a few sucker punches, the goal, but no doubt we were definitely the architects of our own downfall and that's for sure.”

So what has changed in both camps since?

The League turned out very disappointing for The Lilies, losing all seven games and being relegated but while those are the bare stats and facts, the reality is that Kildare played a lot better than the results suggest but at the end of the day there can be few complaints.

Monaghan on the other hand ended their league campaign in third spot, winning five of their seven games.

In the Ulster Championship Malachy O'Rourke's men defeated Tyrone by two points in the quarter final before going under to Fermanagh by one, coming unstuck to a late Fermanagh goal.

However it should be remembered that Monaghan have reached the All Ireland quarter finals the last four seasons, losing two to Dublin and two to Tyrone.

They have had a comfortable path to the this stage of the Super 8s defeating three Division 4 teams Waterford, Leitrim and Laois last weekend.

That win over Laois, though, was impressive when they scored no less than 19 points with ten different players raising white flags.

Kildare of course have met, and defeated, much stronger opposition.

Starting with a win over Derry in Owenbeg, followed by wins over Longford (away) and then the two big wins over Mayo and last week over Ulster finalists Fermanagh.

There is no doubt that Kildare will be coming into Sunday's clash full of confidence; on a real high having turned their entire season around.

In many respects Monaghan have the more experience but one feels that Kildare can look forward to this one with much expectation as the momentum continues to be build.

They are playing a lovely brand of football; over the past two weeks against top class opposition. They are scoring well; have not conceded a goal to either Mayo or Fermanagh and have shown they have a strong bench with players capable of coming in and making big impacts.

While the Fermanagh game was over by half time, a little worry was the fact that Fermanagh did manage to score some 18 points; at one point six on the trot while Kildare went all of 17 minutes without a score.

One can argue that they emptied their bench and as often happens in such situations the shape of the team and the intensity of the battle can suffer, for a while at least but on the plus side they did finish strongly with Chris Healy in particular impressing.

Monaghan of course have in Conor McManus a proven player at the top level and while it has often beeen said that stop McManus and you stop Monaghan but that doesn't really stack up but there is no doubt if the corner forward can be kept relatively quiet it certainly enhances any opposition chances.

From the teams that met back in February, Kildare will have about ten starting at the weekend while Monaghan will start with just five of that team that won in Newbridge.

All in all though Kildare are a far stronger team now than in February. Neil Flynn has been hugely impressive since his return from injury; his name sake Kevin, is enjoying a great championship run; defensively The Lilies are much stronger and tighter while Fergal Conway is a player that is getting stronger and stronger with every game.

Up front Daniel Flynn is blossoming into not just a target man but a play maker as well. He has now scored a total of 6-16 in league and championship and he looks like the real deal; all he is really missing is consistency, has a habit of drifting in and out of games at times but when on his game he is a handful for any opponent.

Monaghan will come into this one confident. Remember they defeated Dublin, Kerry and Tyrone in the League and against Laois last week could have added four or five goals to their tally only denied by the heroics of Graham Brody but having said that apart from McManus they have excellent players throughout field especially the likes of Ryan McAnespie, Jack McCarron, the Wylie boys and keeper Beggan.

A great few weeks to look forward to with Galway coming to St Conleth's on Sunday week (2 pm throw-in) and then two weeks after that it is a trip to Killarney for the third game in the Super 8s, on Saturday August 4, a game that throw-in at 6pm.

In the meantime it's up the dual-carriageway on Sunday for a 2 pm start.

Fasten the seat belts, this could be a thriller.