Davy Burke's lads hoping to cause an upset 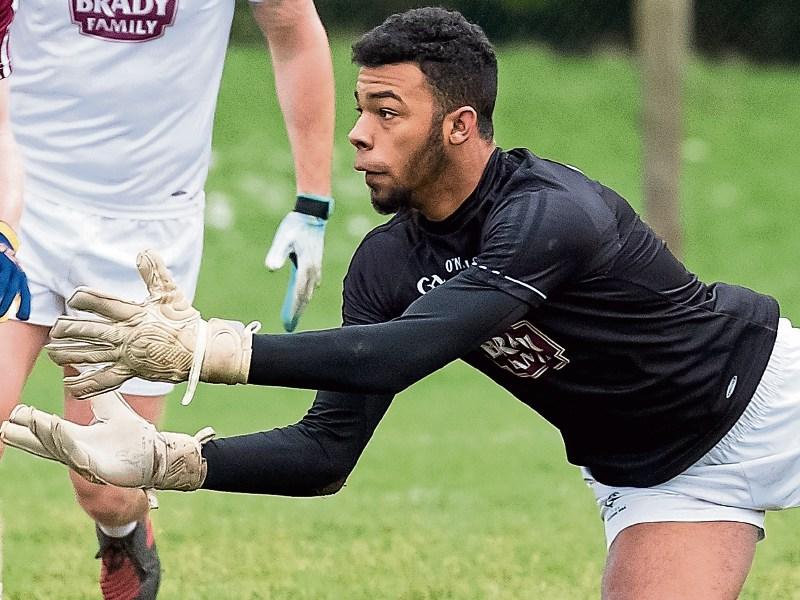 While the main focus of the weekend for Kildare fans will be on Croke Park on Sunday, Saturday will be another massive day for The Lilies when the U20 footballers travel to The Gaelic Grounds in Limerick and a meeting with Jack O'Connor's Kerry boys.

It has been a great season for Davy Burke's lads to date, and while they lost to Meath in Navan by a point they came through their group before advancing to the Leinster final and a meeting with Dublin.

Played at O'Connor Park, Tullamore, Kildare put in a sterling display in the Leinster final and while the Boys in Blue led by two points (0-5 to 0-3) with six minutes remaining in the first half a brilliant burst of scoring saw Kildare go in the dressing rooms leading at the interval 0-10 to 0-5.

On the resumption Kildare pushed further clear and even before they finally filled the Dublin net when Tony Archbold made no mistake from the spot, they had secured the title at that stage and will go down as the first winners of the Leinster U20 Championship.

Kerry, of course, will be formidable opponents. The boys from The Kingdom  have won the last five Munster Minor titles going on to clinch four All Irelands at that level from 2014 to 2017. So effectively this season's U20 squad will be made up of the successful minor sides from the past two years.

Granted some of the big stars have already made it on to the senior team this season so will be ineligable for the U20s but they have a wealth talent at their disposal nevertheless.

However Davy Burke's Kildare lads will not be lacking in confidence after that win over Dublin but they will face a team on Saturday the likes of which they have not faced up to now.

Remember Kerry minors defeated Kildare in the All Ireland semi final of 2016 on a final score line of 2-26 to 0-10 and they will have at least eight players starting on Saturday that began that game two years ago but of course missing from that group will be David Clifford who is not an integral part of their senior set-up.

Ironically Kildare will line out with probably the same number that started against Kerry in two years ago so it could all lead to a very interesting confrontation at the Gaelic Grounds come 4 pm on Saturday.

Kildare though are strong throughout. Keeper, Aaron O'Neill showed against Dublin he certainly does not lack confidence as he put on a superb all round display that day while the defence looks strong with Mark Dempsey, Mark Barrett, Jason Gibbons, Ruadhan Ó Giolláin playing great stuff  while Jack Bambrick did a brillinat man marking job on Dublin danger man James Madden in the Leinster final.

Aaron Masterson and David Marnell, the same combination that lined out in the middle against Kerry in 2016 are good, honest players while up front Kildare have some exciting talent such as Padraig Nash, Brian McLoughlin and Jimmy Hyland while Darragh Ryan is a player who looks to have a bright future.

Kerry will go in as extremely hot favourites for this one but this Kildare team are an improving lot, they are brilliant tacklers (as are most of Davy Burke managed teams), their work rate is top notch and they have the forwards, if given the supply, that are more than capable of causing an upset.

Meanwhile The opening game on Saturday sees Kildare U21 hurlers take on Kerry also, this one in the All Ireland 'B' quarter final. With a fair sprinkling of the successful Christy Ring squad involved, including James Burke, Jack Sheridan and Barry Cormack they will be hopeful of advancing to the last four. This one throws in at 2 pm.