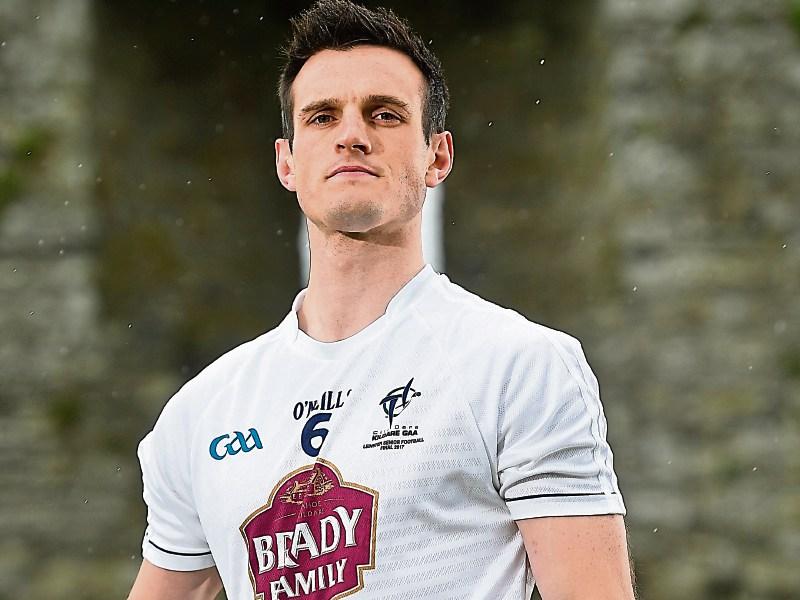 Kildare captain Eoin Doyle, who scored a vital point for The Lilies

Kildare may have played second fiddle for long periods of Round 2 of the football Qualifers in Pearse Park on Saturday, nevertheless they showed real bottle when taking the lead for the very first time when captain Eoin Doyle punched over a point in the 69 minute.

Longford dictated the game especially in the opening half, holding the ball for long periods showing great patience and really starving Kildare of decent possession.

Kildare did not help themselves  as they were turned over way too often in an opening half, a half that saw the sides level on no less than five times with Longford going in at the break leading by one 0-9 to 0-8.

Level four times in the second half before Kildare finally took the lead (for the first time) with one minute of the game remaining and when Kevin Feely, not long on, added a brilliant point it looked all over for Longford.

There was more drama to come. Peter Kelly picked  up a second yellow card for throwing the ball away before Chris Healy was on the end of a great Kildare move to palm the ball to the net deep into injury time.

Longford hit back with a Rob Smyth goal but Paul Cribbin ended this amazing game with a punched  point to ensure Kildare advance to Round 3 on a final score of Kildare 1-16 Longford 1-13.