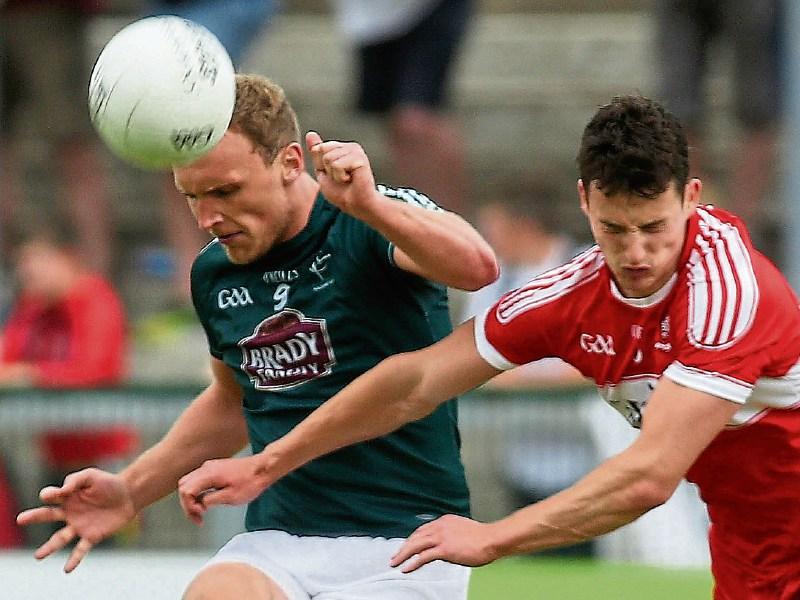 I suppose at this stage of the season we know all we need to know about Kildare footballers.

Their barren run in the Allianz Football League (Division 1) losing all seven games and the inevitable relegation; the shattering defeat by Carlow followed by the uprising in the beautiful surrounds of Owenbeg, Dungiven in Derry.

But what do we know about Longford?

Managed by Denis Connerton, his second term of charge, the retired primary school teacher from the Rathcline Club, Longford operated in Division 3 of the Allianz Football League this year and to say they were unfortunate not to be promoted would be a bit of an under statement.

Division 3 is never an easy division to get out of as Longford will readily testify to.

This season they won four of their seven games; drew one and lost two, but those two defeats were by the minimum margin against Ulster finalists Fermanagh (1-10 to 1-9) and Armagh (1-11 to 1-10) while the draw was against Sligo (2-12 to 0-18); incidentally both Fermanagh and Armagh gained promotion to Division 2 for 2019. Longford finished in the dreaded third spot in the league, two points adrift.

Then come the Leinster Championship the Midlanders caused something of a surprise getting the better of Meath in the quarter final 0-16 to 0-14 before going under heavily to Dublin in the Leinster semi final on a final score line of Dublin 2-25 Longford 0-12 but you must also remember that Longford lost David McGivney in the first half following a clash with Stephen Cluxton (late challenge) he was given a straight red that will rule him out for Saturday's clash with Kildare.

McGivney will be a loss to Longford, the full forward is a regular scorer wearing the no. 14 shirt but will now miss out.

So all in all Longford have been doing decent over the past few seasons, having taken the scalps in the Qualifiers in recent times of Monaghan, Down and Derry while back in 2010 they shocked Mayo.

Incidentally Kildare and Longford met in January of this year in Round 2 of the O'Byrne Cup with the Midlanders coming out on top 1-14 to 0-13.

ford had ten that day  that will in all probability see action this weekend.

Longford have an impressive record in Pearse Stadium, down the years they have taken some good scalps, both in champion-

ship and in various divisions of the Allianz Football League.

Have no doubt they will not fear Kildare come Saturday.

On the downside the loss of McGivney is a big blow; they are a tight knit squad of players and while they did take a bit of a hiding from Dublin nevertheless that was to be expected.

No doubt they will take huge confidence from the win over Meath and will be more than ready for action on Saturday.

So what of The Lilies?

Well that win over Derry will certainly have given them a much needed boost.

Following the shock defeat by Carlow the players, the management and everyone associated with the team came in for some stern criticism; some fair and square but also some way, way over the top.

They, the players, and the management were certainly rocked by the criticism but to their credit, they knuckled down; regrouped, went back to the basics and came up with more than a decent display to defeat Derry, never an easy assignment, even if The Oak Leafers are going through a real lean patch at the minute as their relegation to Division 4 of the Allianz League proves.

Kildare did concede two goals; and it has to be said two very soft goals at that but it could have been much worse with Mark Donnellan and Mick O'Grady doing Trojan work in denying Derry  right at the start of the second half.

On the plus side it is not often Kildare can boast that 12 of their players got on to the score sheet; that Daniel Flynn's goal was a brilliant individual effort and that Neil Flynn's six point total after coming on in the 46 minute oozed class; while the display of Fergal Conway and Tommy Moolick in particular were all encouraging on the day

On the injury front Paddy Brophy must remain a major doubt having picked up a finger injury in the warm-up and had to be replaced before the game while Kevin Feely was forced off in the second half with a calf injury. However it is understood that both are in contention for Saturday.

One thing is for sure if Kildare are to progress to Round 3 of The Qualifiers that defence will have to tighten up and tighten up considerably. If Feely is ruled out there are options available to Cian O'Neill and his management team and while they hit an impressive total of 2-22 there are still one or two of the front men not firing on all cylinders.

If they come out with the same intensity; if they can break the line as Fergal Conway did throughout the Derry match and in particular that opening half, yes they can get the win.

However, if they drift back into their Carlow-mode, carrying the ball across the pitch over and over again they will struggle and struggle big time.

Hopefully the right Kildare team turns up on the evening.