Kildare captain, Brian Byrne, looks back, and ahead, to Christy Ring final

After a difficult league campaign, Kildare hurlers are now back and looking forward to Saturday's Ring decider 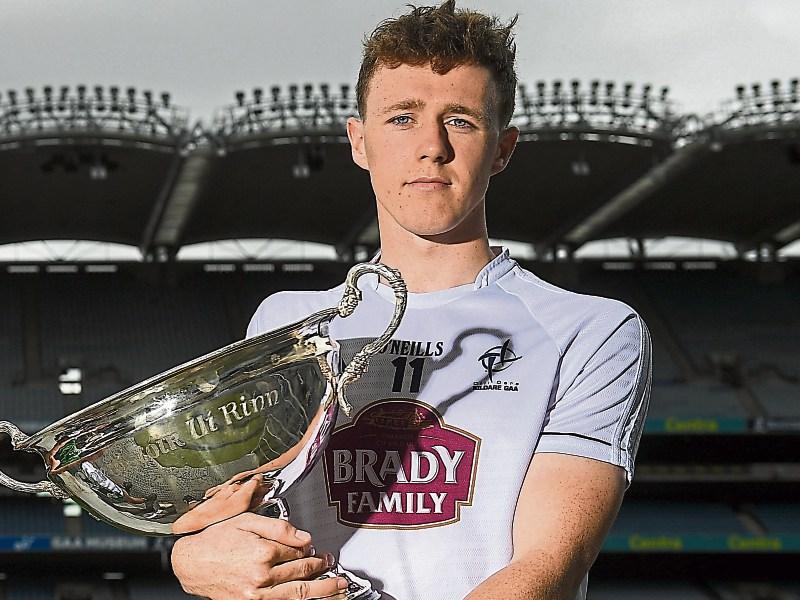 In a county where hurling is often ridiculed and poorly supported by the greater majority of GAA people, Kildare stand on the brink of a second adult championship title in five years when they travel to Croke Park this Saturday afternoon to take on London in the Christy Ring Cup final.

Leading the Lilywhites out on to the hallowed turf at GAA headquarters this weekend will be Naas clubman, Brian Byrne, who is looking to follow in the footsteps of Niall Ó Muineacháin in guiding his county to championship glory.

If being honest, it’s been a difficult season as team captain for Byrne when you consider Kildare’s woes during their Division 2A league campaign that saw them fail to pick up a single point from the five games they played. Still, he hasn’t hidden from his responsibilities as team captain, which he admitted he has had to learn, if not hone, his skills on the job.

“It’s something that I was shocked with at the start when I found out that I was going to be captain for the year and it’s been a huge learning curve for me throughout,” he admitted.

“But I have been able to draw from the experiences of guys who have been there before me, like Paul Dermody, Paul Divilly, John Doran and all those other guys; I’ve been able to learn a lot from them and in truth there’s a really good atmosphere within the group. It’s been working well so far.”

While Byrne admits that the mood these days in the camp is extremely positive, it hasn’t always been that way when you factor in the demoralising run of league results that culminated in Kildare suffering league relegation.

“It has been a little difficult to a degree, but we’ve put things into perspective,” continued Byrne, who has been one of Joe Quaid’s key lieutenants in recent seasons.

“The league just wasn’t for us; things just didn’t go our way for a whole variety of reasons. From one game to another, we were never able to get across the line or put everything together that we had been working on.

“To be honest with you, the work-rate from everyone has been exceptional since we regrouped; we have really put our head down and worked hard and we are now seeing the results of that; four games won on the trot is quite good.

“We are fully focussed on the Christy Ring Cup, which was our ultimate goal at the start of the year,” said Byrne.

“Albeit we slipped up in the league, we are now exactly where we want to be and that’s because of the effort put in by everyone, inclusive of players and management.

“Obviously getting that first win of the year on the board against Roscommon meant that we were finally seeing some of the rewards of the hard work that we had been putting in. It gave the guys a lot of confidence, it brought a huge buzz to training, we were seeing with our own eyes our hurling improve and ever since that day the confidence levels have continued to rise; lads are far more happy, lads are confident and there is a real energy within the camp at the moment. It’s a good feeling.

“If we were honest we were unsure exactly of what to expect from Roscommon; we probably expected more given that they were coming up from the tier below from the previous year and if nothing else we fully expected a good, solid battle.

“In fairness, that day the team and those substitutes that came on put in an exceptional performance; maybe that was more to do with why Roscommon were off the mark because we didn’t really allow them to play, we were right up on top of them from the start.

“Mayo are a strong team and going down to play them in Ballina is obviously extremely tough. But the guys put in another brilliant performance to get the win. And then Wicklow again, it’s tough going to Aughrim no matter who you are. We had two away games from three in our group but the lads have given it everything throughout.

“We’ve really been looking forward to every game, although we have taken this championship on a game by game basis; you can’t afford to look any further than that. Even when we knew that we had  qualified for the semi-finals ahead of the Wicklow game, we were still gunning for them.”

Next in line for Byrne and Co is London, a side that Kildare know all to well, having already suffered defeat at the hands of the Exiles during this year’s league campaign.

“It’s going to an extremely tough game; all finals are,” continued Byrne.

“We obviously played them in the league and they got the better of us that day but we’ll be ready for them come the final in Croke Park. In saying that, all we can do is concentrate on ourselves and ensure that we have everything ready from our side. We’ll look forward to the day and see what happens after 70/75 minutes of hurling.”

One player who will be joining Byrne at Croke Park is his teenage club-mate, James Burke, who recently made an incredible recovery from a near-fatal illness he suffered at the end of the aforementioned league campaign, before completing a remarkable recovery when returning to action as a substitute in the recent victory over Wicklow.

“It’s been an unbelievable turn of events for James,” revealed Byrne.

“He was our best hurler in the league, yet for him then to be struck down with an awful illness after that, it’s a true testament of what the young lad is all about.

“James is fantastic guy both on and off the field. From when I was told about his illness, the whole team came together and there was a real family element about it. There were prayers and vigils held for him but just like he is on the field, James battled and gave it his absolute everything that he had and thank God he has come out on the right side of it.

“He showed in the Wicklow game when getting a couple of points after coming on, the same when he came on against Derry at half-time and getting four or five points, the chap is an incredible person altogether; he gives it absolutely everything all the time and I’m delighted that he is back on the pitch beside all of us.”