Walk in the park for Kildare 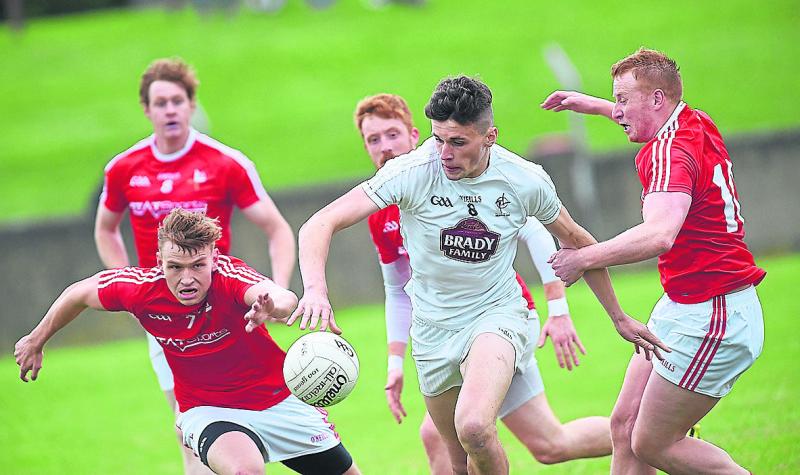 Kildare booked their place  in the Leinster JFC final on Tuesday evening at the Gaelic Grounds, Drogheda, following their comprehensive 17 point win over a home side that, along with their management, had only been cobbled together a day or two before the fixture.

One wonders why a county enters this competition and then treats it with utter disrespect but of course that has little do with Kildare.

The Lilies had a game under belts (defeated Wicklow) and that certainly showed as they dominated from the throw-in and it became very obvious very early that this was going to be a cake walk and that is how it turned out.

Barry Noone was the main man for Kildare, the St Kevin's man scoring  a total of 1-8 while others to impress were Mark Nolan (Clogherinkoe) and Rathcoffey's Brian Travers.

Kildare had five points on the board inside six minutes, Louth had hardly got out of their own half at this stage an when Barry Noone finished off a pass from David Malone to the back of the Louth net on nine minutes, the game in effect was done and dusted.

The home side did finally get  a point on 12 and a second from Salem Rifaie a few minutes later but Kildare added two points from Mark Nolan before going on to lead 1-11 to 0-4 at the break.

Nolan added another  on the resumption and while Louth replied with points from Robert Quigley (only score from open play) and Robert Curran Kildare replied with a second goal from Clogherinkoe man Nolan, set up by Seamus Hanafin before running out comfortable winners 2-19 to 0-8.

Kildare will now play Meath in the curtain raiser for the Leinster SFC final between Dublin and Laois but all things considered one has to wonder how long more this competition will remain on the fixture list with so many counties opting  out.

Not Kildare's problem of course and now these players can look forward to playing in Croke Park in a game which no doubt will be more competitive than this almost farcical affair.