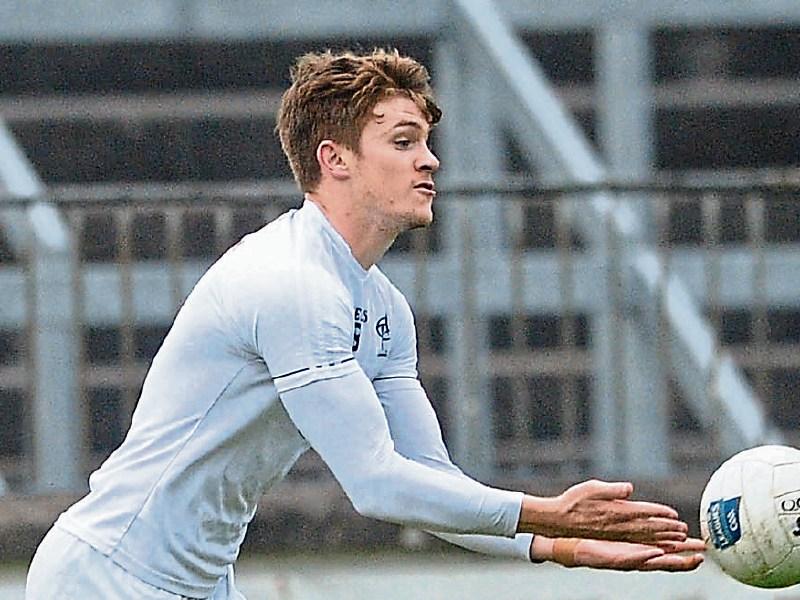 Kildare had just recorded their first win since defeating Meath last June and to do so in Owenbeg in Derry on a final score line of Kildare 2-22 Derry 2-14 made it ever so sweet.

Needless to say the mood in the Kildare camp after the game was one of relief that after so much heart break they had finally got over the line.

Kildare mid fielder, Kevin Feely, was his usual buoyant self, despite having to leave the field in the 57 minute with what looked like a reoccurrence of a calf strain, something similar to what he had when playing for his club Athy in the opening round of the SFC. “

Not sure how bad it is yet, but hopefully I’ll be ok” was his instant reaction on that front.

“We channeled a lot of the anger and hurt over the last two weeks into this game; you could see the energy levels were so much improved; the pace and intensity in our attack allowed us to open them up but there were still times, especially in the first half when our defence was not as tight as it should have been but we did tighten up a lot in the second.

It’s a big feeling of relief admitted the midfielder who fired over two points in the opening half.

"As bad as it can be; not a lot of nice things said about the team, understandable, the county was in a low place but I can’t  credit this group enough for the fight back, the training for the last two weeks; they just literally put the head down, trying to forget about everything that has happened; just worked and worked and the mind set has been good and it is something we have to try and continue what is going to be a relaly tough Qualifier campaign.”