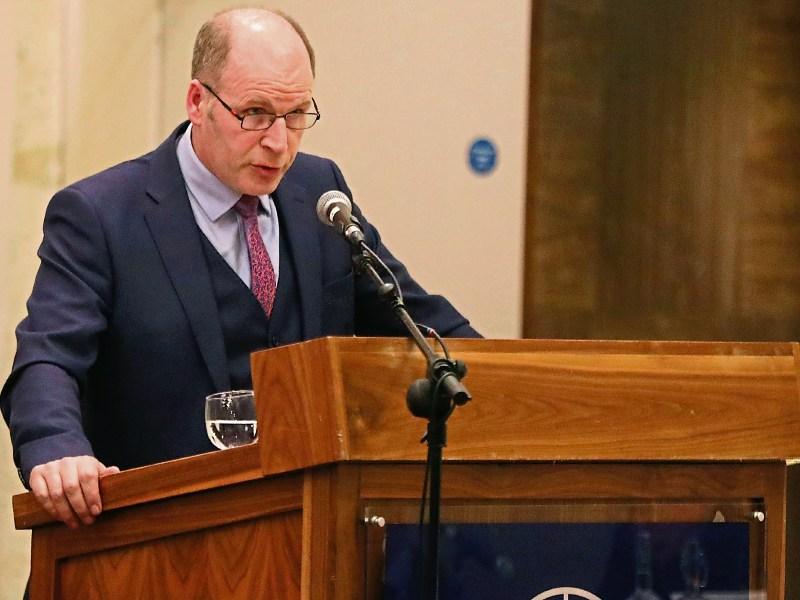 It was meant to be the early to mid-Summer gathering of the Kildare GAA grassroots, last night (Tuesday June 5), held at the Manguard Plus Centre of Excellence in Hawkfield. Usually a fairly mundane gathering of club delegates and for the time of year was reasonably well attended but for some strange reason no reminder was sent out to the press on this occasion.

Strange I mused to myself.

Or maybe not I thought on reflection.

While, early on, there was a few sparky exchanges between Chairman Ger Donnelly, and Dermot Reilly (stand-in Carbury delegate) a man who opposed the chairman at Convention some years ago but after a major campaign failed to get elected, it was near the end of Tuesday's gathering before the sparks really began to fly when Dermot Reilly addressed the meeting (again), suggesting  that as “our next meeting is the first Tuesday in September, at which stage the All Ireland Football Championship will be over, and hopefully we will have to cancel the meeting as we will be still celebrating our All Ireland victory .. but if we don't, there is the possibility that you (chairman) and your management team, may be considering the position of what to do next as regards the retention of the current management team of the Kildare senior team, or replace it.

“I don't know Cian O'Neill; I know Roli (Sweeney) and Enda (Murphy) and have the utmost respect for them but I would like you to consider if you are going through that process this year that you adopt a different approach than you did the last time because you insulted some of the best footballers this county has ever produced , particularly Glenn Ryan ....” 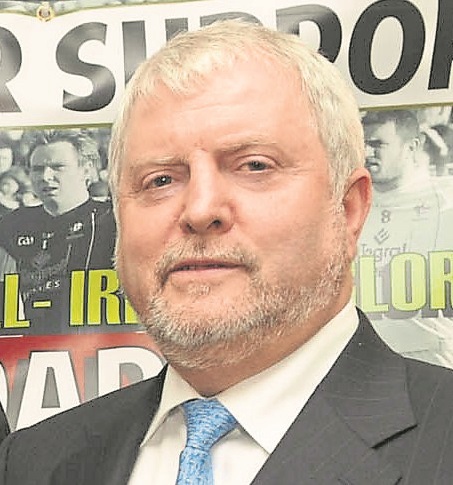 The Chairman intervened saying “three years ago we made an appointment that was adopted by the Co. Board; we are now moving on and I would like to wish all the teams that are playing this weekend and over the next few weeks all the best"; adding "we are not going to have any of that kind of talk at this meeting tonight; we are not going to consider anything until a team is fully out of the competition; I am not going to answer any hypothetical questions.”

Mr Reilly replied “we have heard a lot here tonight about Scór, Féile, new referees, schools U19s, nutrition classes and much more; we spent time taking 20 names out of a cup for a good cause (Gaeltacht Scholarships) but no one has mentioned the fact that our county has gone through the floor under your (chairman) guidance

“I think your performance and some of your members, but not them all, has been disastrous; the best thing you can do for Kildare GAA is to resign; I don't expect you will, but I will tell you one thing, I sincerely hope there is a challenge across the board this year because our county is an absolute disgrace.

“I have no personal ambition to be county chairman; I have no personal grudge against you, in fact I have great admiration for you, and some of your colleagues, but I think you are a disaster and this county board has been a disaster for decades handing the baton from one to another and there is another in the queue, and another guy in the queue, but until that is broken, guys, in 100 years time we will still be talking about Scór; we won't be talking about the Sam Maguire or anything like it; I have made my point, I think you are a disaster.”

Amid more cross-chat and confusion some delegates were overheard saying “that is an insult” and remarks about “a personal vendetta” and “you went for chairman the delegates did not vote you in.”

The Chairman again reiterated that when all teams are out of competition, we will, as usual, review the situation.

When questioned when the current senior management term of office is up, the chairman replied they are on a three year term and this is the final year of that and then we will review.”

And with that the meeting concluded.