Kildare U20s fall to Meath by a point 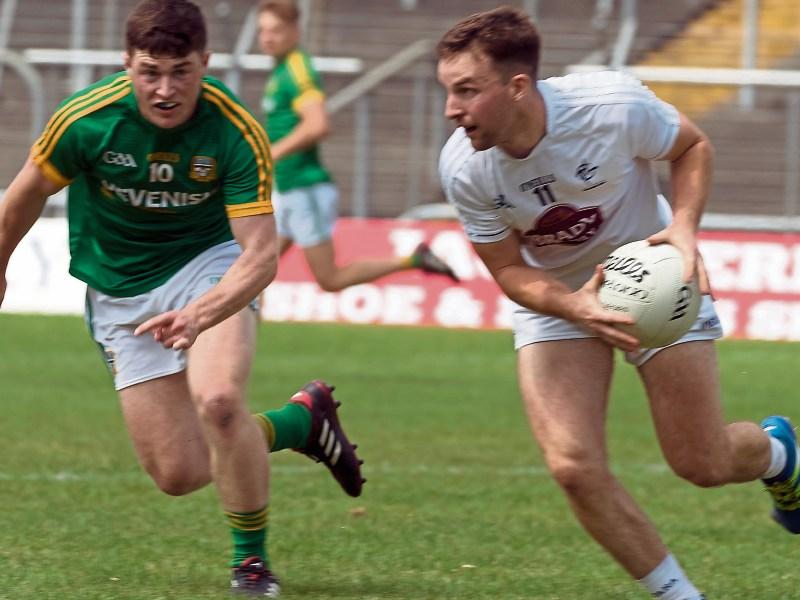 KILDARE’S involvement in this year’s U-20 provincial championship will hinge on the outcome of their meeting with Wicklow on  June 16 after a brace of second half goals secured victory for Meath in Navan this afternoon (Monday June 4) on a final score line of Meath 2-11 Kildare 1-13.

Kildare kicked the opening two scores inside the first five minutes through Tony Archbold and Paddy Woodgate, only for Meath captain, Darragh Campion, who would later score Meath’s first goal, and Conor Moriarty to respond for the hosts.

By that juncture goal chances had passed unconverted at both ends, with Jimmy Hyland and James Conlon, Meath’s star man during the opening half,  then trading points by the end of the first quarter.

While Meath’s direct running and pace often caused Kildare’s defense problems, Kildare’s more direct approach to Brian McLoughlin, one of three changes in personnel to that named on the programme,  reaped its own rewards and by the 18th minute the visitors found themselves leading by double scores, 0-6 to 0-3, after Hyland (2 frees) and Ruadhan Ó Giollán found their range.

Meath’s threat, however, remained and four unanswered points from them through Conlon, Sean Reilly and Frank O’Reilly (2) saw them move 0-7 to 0-6 to the good by the 25th minute. Sam Doran, David Marnell and Brian McLoughlin, however, ensured that Kildare would carry the initiative into the interval however, despite a response from the diminutive Conlon.

The third quarter was something of a stop-start affair but when Woodgate and McLoughlin (free) pointed after 39 and 41 minutes respectively, it appeared that Davy Burke’s men had made the decisive break.

Meath had other ideas and when they plundered those quick-fire goals through Campion and substitute, Jordan Morris, Kildare found themselves on the back foot and with a mountain to climb.

They tried gallantly to do just that but in a game of small margins, they invariably came up agonizingly short, although a Hyland goal after 53 minutes closed them to within one point, 2-10 to 1-12.

In the end a Morris point after 55 minutes was significent, meaning McLough-lin’s late point from a free would prove nothing more than a consolation despite five minutes of stoppage time being played.