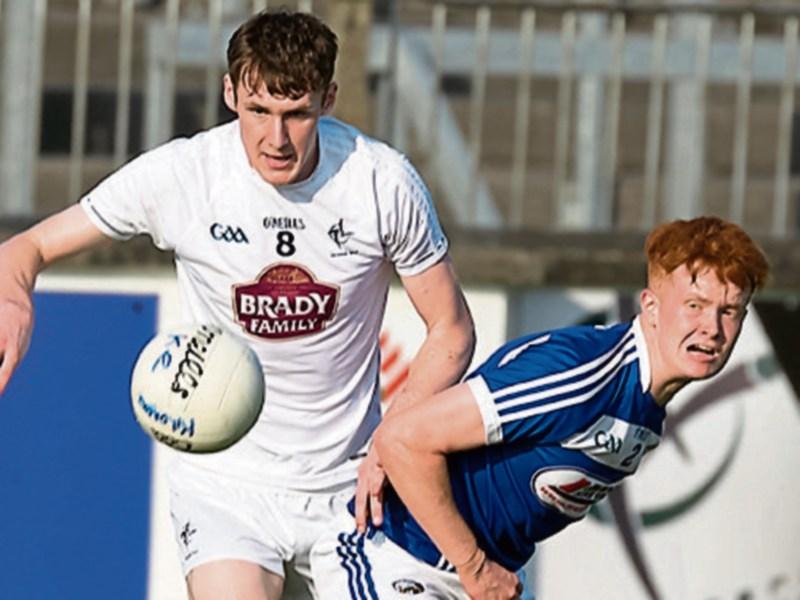 After an exilerating, free flowing game at St Conleth's Park last evening (Monday May 28) Kildare came out on top against Laois in the Eirgrid U20 Leinster Football Championship on a final score of Kildare 1-17 Laois 4-6.

While Kildare looked very dangerous going forward, they looked somewhat vulnerable at the back conceding four goals throughout the hour.

The home side led 0-3 to 0-1 after eight minutes before a lovely ball over the top by Laois’ James Kelly set up Evan Lowry who made no mistake.

Kildare hit back with four points on the trot but again Laois replied,  this time through Diarmuid Whelan, set up by Peter Kelly, he (Whelan)  hit the net to level and when James Kelly fired over a point it was the visitors who led at the break 2-2 to 0-7.

On a beautiful evening for football the decent attendance were treated to some great scoring on the resumption with the visitors taking complete control, firing in 2-1 in the opening five minutes, the goals coming from Evan Lowry and Diarmuid Whelan to lead 4-3 to 0-7 on 35 minutes, Kildare yet to score in the second half.

Jimmy Hyland (Kildare) and Diarmuid Whelan exchanged points before the home side got to grips around the middle and went about tackling the eight point deficit.

The introduction of Clane's Brian McLoughlin saw Kildare suddenly come to life; two points from him plus a Jimmy Hyland free had Kildare within touching distance.

Then on 47 minutes a quick free, taken by McLoughlin, saw Aaron Masterson gain possession on the edge of the Laois square. The Moorefield man spotted Jimmy Hyland on the run, fed him and the Ballyteague made no mistake with a briliant finish.

Sam Doran left one separating the sides before Evan Lowry lifted the siege with an excellentt Laois point to leave two between them, 57 on the clock.

Three well taken frees from Brian McLoughlin saw Kildare regain the lead before Diarmuid Whelan tied the game up again with 63 minutes on the clock.

Incredibly the match official played another three minutes in which Kildare wrapped up the game with a brilliant free from Brian McLoughlin and a late, late point from Jimmy Hyland that saw Kildare open their U20 campaign with an excellent win on a final score of Kildare 1-17 Laois 4-6.