So what can Kildare expect from Carlow

A game, not for the purists, one would imagine 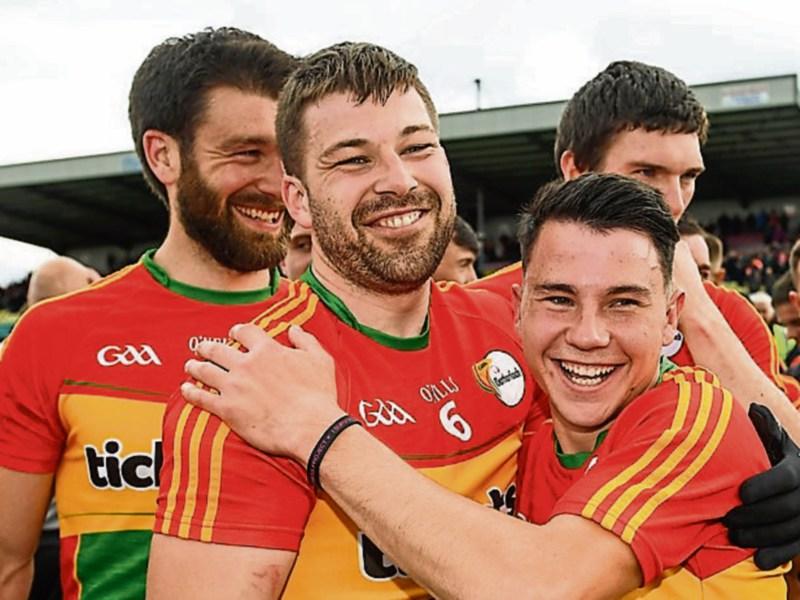 So where did this Carlow team come from all of a sudden?

Well the first thing to say is that it is not all of a sudden.

Carlow's star has been on the rise, albeit from the basement of Division 4,  but especially since Turlough O'Brien took up the reins.

O'Brien is a man with Carlow blood running through his veins.

An Éire Óg club man, he  was on board during Anthony Rainbow's tenure before stepping up to the no. 1 position.

One of the first aspects of the game that O'Brien wanted to change was the Carlow mindset, as he said on his appointment: “Dublin expect to win; Kilkenny hurlers expect to win but Carlow footballers expect to lose” so he set about changing that belief and he has certainly succeeded in that regard.

In 2017 Carlow defeated Wexford in the Leinster Championship, it was the county's first win in six seasons. That was followed by a high profile game against Jim Gavin's Dublin; a game that Carlow despite denying Dublin for long periods with a massed defence, came in for a welter of criticism from the Dublin based commentators.

Carlow followed that Dublin defeat with wins over London and Leitrim in The Qualifiers before going out to Monaghan by two points.

2018 has seen O'Brien and Carlow build on those performances and promotion from Division 4, saw the momentum maintain and even grow somewhat.

An impressive win over Louth, without midfielder Brendan Murphy, in this season's Leinster Championship has seen the Carlow star continue on its upward spiral and with their supporters now firmly behind them expectation in the county is growing.

Star of the show for Carlow was corner forward Paul Broderick, who scored 1-8, Diarmuid Walsh hit 1-2 while Sean Murphy was a tower of strength in midfield.

It was a result that had manager O'Brien in buoyant form. “We're heading for the Super 8s” he said smiling.

“The team is motoring well, we're determined to push on. We're not happy with just getting promotion in the league and we didn't want to be a one-hit wonder after last year; we're now guaranteed more championship football after today” added a very happy O'Brien.

One thing is for sure, don’t be expecting anything pretty come Sunday. Carlow have one way and one way only of playing football. We saw only last evening when their minors, playing Kildare, at times with two extra defenders and rarely threatened the Kildare defence; hardly surprising with Down man Steven Poacher, trainer to Carlow seniors, who also had an input to their minors.

If the style, for the want of a better word, employed by Carlow minors last evening is anything to go by, Sunday’s clash could be a long boring affair where patience could indeed be the key ingredient from a Kildare point of view.