Kildare Minors chalk up second win on the trot 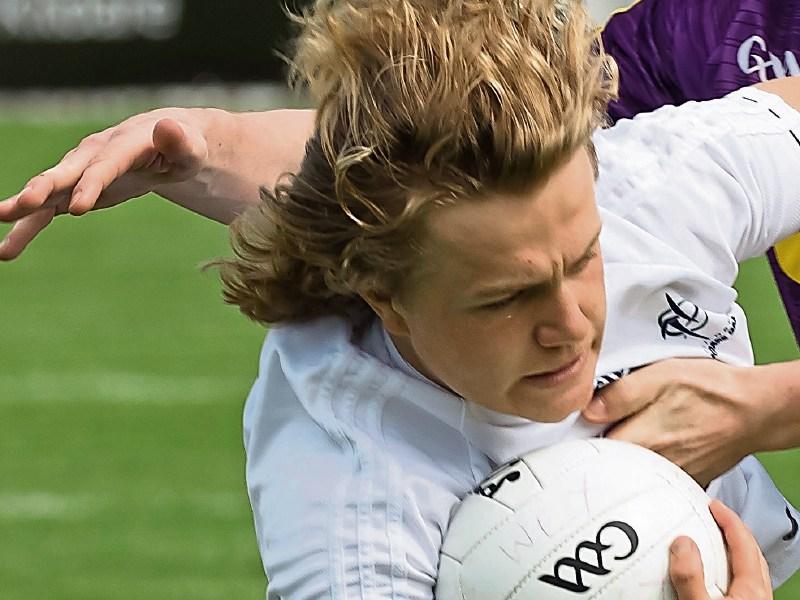 Kildare minor footballers made it two wins from two with a comprehensive victory over Carlow in the electric Ireland MFC (Round 2) at Netwatch Culen Park, Carlow, last evening (Wednesday May 23) on a score line of Kildare 1-13 Carlow 0-2.

The final score line says it all really as Carlow set up, as one would expect, defensively, at times using two sweepers, and despite the game being won (or lost in Carlow’s case) never deviated from that format.

One has to wonder what Carlow hoped to achieve from such a set-up as they looked like a team more intent on keeping the score line to the minimum that actually attempting to win. No doubt we will see more of that ‘style’ of play come Sunday in the Leinster SFC.

Kildare, who had an impressive opening day win against Wexford, struggled at times to break down the Carlow barrier but gradually got the score board ticking over with some very impressive point scoring, expecially from Alex Beirne, Muiris Curtin and Jack Smith, the Carbury man firing over three very impressive first half points.

Kildare led at the break 0-8 to 0-1 and with Carlow continuing to pack their defence on the resumption it was really just a case of what the final score would be.

The Kildare goal arrived late in the game, just a few minutes from the end but when it did it was something special as substitute Aaron Kennedy gained possession around the 45m line, went by a few defenders before unleashing an unstoppable left footed shot that hit the back of the Carlow net like a bullet.

The jury is still out though on Padraig Carbury’s charges but they can only play what’s in front of them; they look a decent side; have a number of good players throughout in particular catching the eye was Oising O’Loughlin; midfielders Drew Costello and Marcus Kiely while the inside line of Muiris Curtin, Padraig Behan and Jack Smith all well, scoring eight points between them.