Kildare gardai feature in new publication 'Guardians of the GAA' 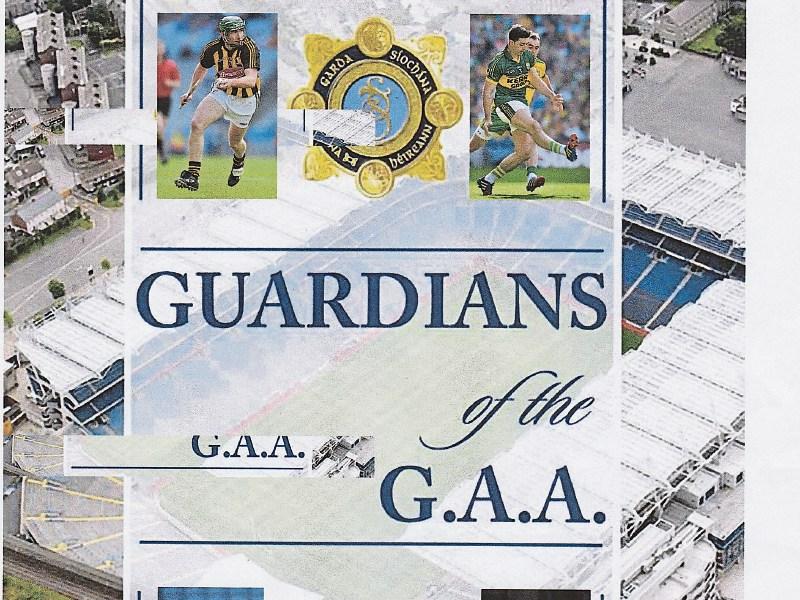 It was back in 1998 that Noel Hynes, a retired member of the Garda Síochána, stationed in Harcourt Street, Dublin, originally from Kilworth, Co. Cork, but living in Clane, Co Kildare for over 30 years, began researching a book to be launched this Friday (in Copperface Jacks in Dublin at 7 pm).

Entitled Guardians of the GAA, it profiles members of the garda force who played senior football, hurling and camogie for their respective counties from 1922 to 2017.

In all 1,600 former and present gardai are profiled, some 55 members with Kildare connections.

Noel ceased his research for four years when his wife became ill but returned to the project in 2007 and was joined by Det Sgt Brian Willoughby from Lismore, Co. Waterford and now the fruits of their labours will be launched this week when their book, which has no less than 408 pages, will be launched by former Kilkenny great, Eddie Brennan along with former Kerry great Aidan O'Mahony, both multiple All Ireland medal winners in hurling and football.

Among the gardai with Kildare connections who are prominent in the publication are former greats Larry Stanley, Paddy Martin, Mick Carolan, Tom Connolly; not forgetting Noel O'Donoghue (Éire Óg) and Pierce Freaney (Sarsfields); Peter McConnon (Round Towers), Steve Kinneavey (Sarsfields and Cork) and right up to the present day in Kildare and Naas' Eamonn Callaghan.

It has been a labour of love for Noel Hynes who apart from GAA lists his other big hobby as ballroom dancing and is a weekly attender at Toughers Ballroom outside Naas.