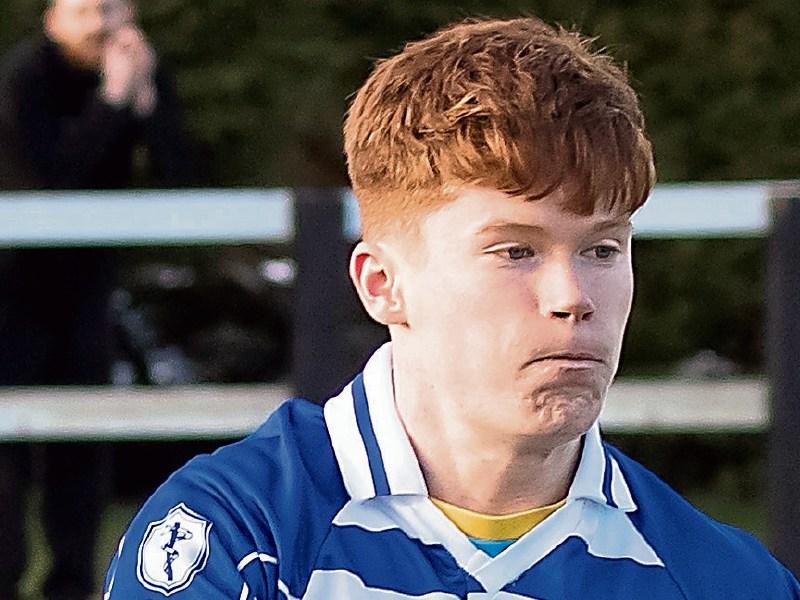 Naas were crowned Kildare U20 football champions after a fully deserved six point win over Maynooth at a bitterly cold Manguard Plus Centre of Excellence in Hawkfield last evening (Thursday April 7).

On a dry but bitterly cold evening, Naas were full value for their win despite Maynooth making a gallant effort to cut back a ten point lead with just 13 minutes remaining.

Maynooth began well and certainly tested the Naas defence but Niall Cronin’s side were well up to the task and despite Danny O’Sullivan opening for the boys in black in white, it was the lads from the county town who forged ahead 0-5 to 0-1 after 20 minutes with points from the impressive Ciaran Doyle (3), Shane Ryan and Ultan McAleese.

Maynooth replied through Kevin Dunne and two frees from Eoin Donnellan but at the break the boys in blue and white led 0-6 to 0-4.

Ciaran Doyle and Danny O’Sullivan exchanged points before two goals inside a couple of minutes from full forward Shane Ryan and mid fielder Ben Blackbourne killed off the game as a contest and while Maynooth did come with a four point flurry late on there was no denying Naas as they clinched the title on a final score line of Naas 2-9 Maynooth 0-9.