What a display from the Kildare champions 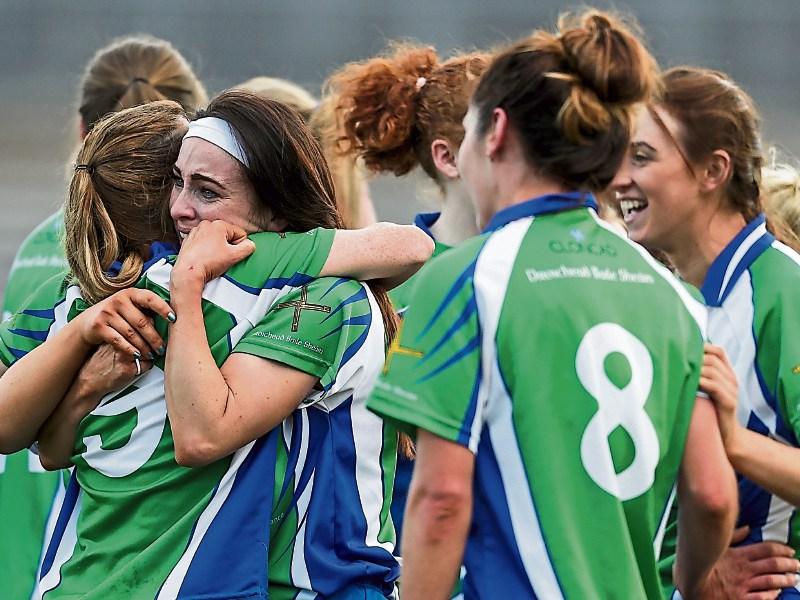 Johnstownbridge were crowned All Ireland camogie club champions for the third year in a row following today’s two point win over Athenry (1-8 to 1-6) in Clones.

Having won the junior title in 2016 and 2017, this season they stepped up to the intermediate ranks and were duly crowned AIB champions after a mighty display.

Tanya Johnson, who captain the side was magnificent in goals for the winners, making some tremendous saves to deny Athenry and her display was duly recognised when receiving the Player of the Match award.

Playing with the wind, Johnstownbridge led at the break, 1-5 to 0-3, the goal coming from Shauna Beatty who was on hand to find the net from a long delivery.

Athenry came right back into it on the change of ends, Athenry cutting the lead back to a single point with time running out. However a Siobhan Hurley free late on clinched the magnificent victory for the Kildare champions to record an historic win for Johnsdownbrige, manager Dick Flanagan and head coach Declan Curran.