Like the cuckoo, Lilies are finding it hard to find a home

Another new League home confirmed for Kildare next season 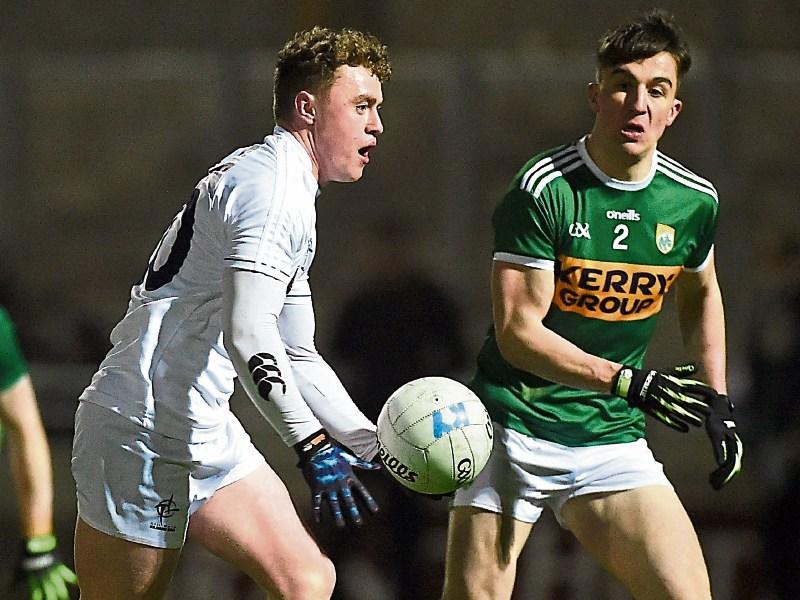 Ye'll have no problem beatin' our lads, your man at the end of counter said, him all decked out in green from top to toe.

Saturday afternoon last in Tralee and  while I wasn't sure if our friend was dressed up for Paddy's  Day or for the Grand Slam, he nevertheless seemed to know a bit about the round ball game that would  throw-in a few hours later up in Austin Stack Park.

“We're not concentrating on the League this season” says your man once he realised we were from the Shortgrass county.

“No, we're waiting to bring Sam home” he said as he got stuck into a pint of plain.

Do you think Sam will be back in Kerry this year I enquired.

Maybe but it might take a year or two was the reply, “we have a lot of young lads coming through but they will probably need another while  but have no doubt he will be back, sooner rather than later.”

Interesting I say to myself, but then thinking, Kerry folk are always of that mindset; it's the way they are bred; they expect to have Sam in Kerry every two, three or four years (at the very least).

It must be a great feeling, I say to meself; not only thinking Sam will be back in a year or two but actually believing it.

It's a long way from the Kildare mindset, I ponder.

There we were a mere two

seasons ago one step away from the bottom of the barrel having gone from Division 1 to Division 2 to Division 3 in a couple of seasons.

We visited grounds we were never in before, and some, hopefully, we will not be in again for a long time.

Then we began to rebuild.

No matter what way one looks at it getting promotion from any division, regardless what number it is, is never easy.

But in fairness Kildare managed it regaining Division 2 status; followed by promotion to where the big boys ply their trade.  The boys that are genuine All Ireland contenders.

In many respects it's nearly a different game. The physicality, the thought process, the mindset; the intensity, all on a different level than from divisions further down the chain. It takes some adjusting and that's for sure.

Hindsight, always a great man, especially when you find yourself in a corner you would rather not be in, but in hindsight another season in Division 2 would probably have done Kildare no harm; would probably have been of more benefit than making the giant leap from Division 3 to Division 1 in just two season.

But now that The Lilies are heading back to Division 2 after a mere 12 months dining at the top table, it will be  (come 2019) Kildare's sixth season in a row to play league football in a different division.

Only the cuckoo changes homes as regularly as The Lilies.

A permanent (league) home for a season or two would be great, but such is life.

Changing the subject my new found friend asks “how did you get on in Cheltenham, or do you back the nags.”

I do indeed, says I, but to be honest I hadn't got what you would say was a very fruitful week with the gee, gees.

In fact to be brutally honest I got as many winners in Cheltenham as Kildare got points from playing in Division 1 this season.

“Begob, that's tough going” says he, as he shows tremendous finishing power leaving his pint tumbler  with nothing but froth running down the inside.

“Well” says he, “I meant the horses but I suppose if you are into the football that can be tough as well” adding, “you might come good tonight in the Park” (Austin Stack Park).

The way my luck is going I wouldn't be putting any money on it, says I,  as  we said our goodbyes.

Later that evening, game over; disappointment easing with a mug or two of the black stuff, who do I bump into but our  friend again.

“Well” he says “Kildare were out of luck.”

Wouldn't exactly say luck had much to do with it to be honest; while the second half was some-

what encouraging it was won and lost before half time.

“You're are having a bad run  aren't you” he says “what with Cheltenham and Kildare you're going through a bad spell.”

Correct and right, I reply.

But you know something, he says, “don't give up; don't give up on either the horses or the football; these things come in cycles; often what comes around goes around; you know I can remember Kerry not winning an All Ireland for nearly ten years.”

Borrowing a phrase from Leo Varadkar I ask him, are you taking the  p---?

I'm sure it is but I'm afraid we are on two different wavelengths.

Here are you, says I, bemoaning the fact that Kerry went for nearly a decade (once)  without winning an All Ireland while in Kildare you could be searching high up and low down for a fella or lassie who can remember the last time Kildare won Sam.

Maybe that has a lot to do with it, I wonder to myself

The mindset I mean.

Maybe our mindset is wrong.

Maybe if we actually believed, I  mean really believe in something we might achieve it.

One way or other despite the results it has been a joy to have been rubbing shoulders with the elite footballers of the country.

Hopefully we will return soon.

In the meantime, keep the faith.

Fógra:  Away from the football three things we learned in Tralee on Saturday and Sunday morning.

(1) Italy head coach and former Ireland great, Conor O'Shea was not in Tralee on Saturday night despite one gent convinced he was as he sought an autograph from one of our contingent, that after telling him he was doing a great job in Italy. (Don't worry John, your secret is safe with me).

(2) You can't buy a Lotto Scratch Card before 10 o'clock Mass  on a Sunday morning; not allowed we were told by a shop assistant.