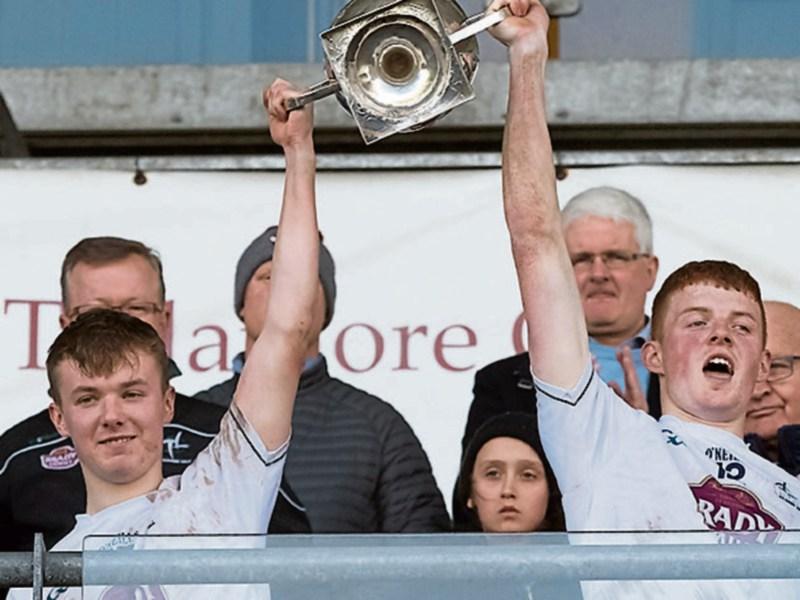 In a low scoring game, not helped by a very heavy, greasy pitch and a very fussy match official, the Naas CBS team were never behind, led by three at the break (0-6 to 0-3) but came under intense pressure when Marist hit three points on the trot between the 44 and 51 minute to level up matters.

Naas CBS, though showed, not for the first time this season, they are more than capable of digging out a victory when required and they replied with two points from substitute Aaron Deegan and a beauty of a left footed effort from Darragh Kirwan to go two clear with six minutes remaining.

The Athlone boys threw everything at Naas at this stage and when midfielder, Rian Boran, picked up a second yellow the Kildare boys were under severe pressure.

However through a combination of some top class defending, along with it has to be said some dreadful finishing from the Athlone side, Naas held out to capture the title for the first time ever and bring the Bro Bosco, in this its first year in existence, to Naas.

A great win for Naas CBS who now march on to the All Ireland series when they take on the Mayo champions in two weeks time.