Naas CBS take on Marist in Schools 'A' final on Saturday 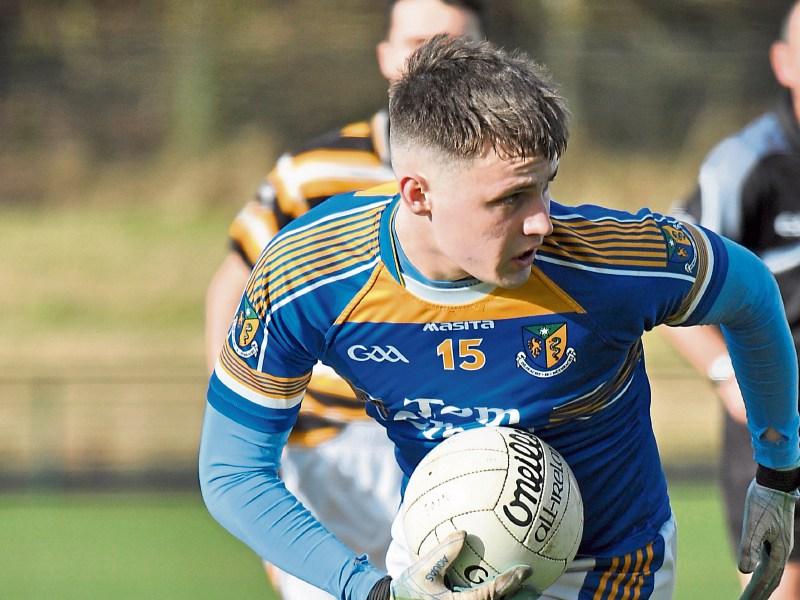 No less than ten clubs are represented on the Naas CBS team that take on Marist Athlone in this Saturday's Leinster Schools Post Primary Top Oil SF 'A' final for the  Bro. Bosco Cup.

This is the first time that the Bro Bosco Cup is up for grabs, a cup named after the Laois native, a great advocate of schools football who was attached to the Patrician  Brothers School in Newbridge for many years.

For Naas CBS this is a new venture in a competition that Kildare schools have struggled down the years to make any really big impression.

For now though Naas have shown steady improvement since their opening game against Good Counsel in the group stages, which ironically ended in a draw   1-13 to 3-7.

The Naas boys, managed by Ronan Joyce,  then took a big scalp when getting the better of St Mary's SS, Edenderry with a convincing victory 3-8 to 1-6, a win that saw them advance to the last eight of this prestigious schools competition.

Knockbeg, a school that has an impressive record at this level were Naas' next opponents.

And so it was on to  the semi final and a clash with Coláiste Eoin, who defeated St Peter's of Wexford in the quarter final, 2-12 to 3-4.

Second half goals from Darragh Kirwan and Luke Griffin, in a game dominated by the Co Kildare school saw them advance to the decider on a final score line of Naas CBS 2-8 Coláiste Eoin 0-6.

This was a very impressive win for Naas against a school who had built up a reputation of not alone scoring goals but  running up big scores.

However, on this occasion they were no match for Naas who had impressive displays throughout their team but especially from David Morrissey in goals who denied them a goal at a crucial time in the opening half.

l The final is confirmed  for this Saturday March 10 at 2 pm in O'Connor Park,  Tullamore.