Big game for both Kildare and Donegal 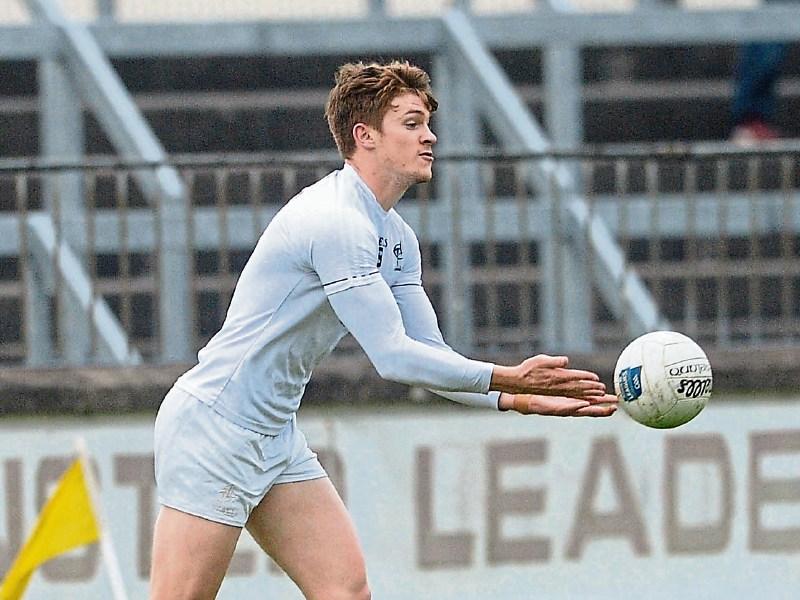 Three down and four to go and Kildare are still in search of much needed points, on this their return to Division 1 of the Allianz Football League.

After a break of a week The Lilies are on the road, and on this occasion, a long road, all the way to Ballyshannon, and while the venue could have been a fair bit further into the county of Donegal, nevertheless it is still a good spin for the team and the  travelling supporters.

With defeats to Dublin, Monaghan and Tyrone still very fresh in the minds, Sunday's task is certainly another big ask, but as we said on numerous occasions this season, if you dine at the top table you have to expect stiff games, strong opposition against the best teams in the land.

To date Cian O'Neill and his management team have given 24 players game time; eleven have played all three games while five have seen action coming in off  the bench.

From the three games Kildare have scored a total of 2-40 and conceded 4-43 giving a aggregate total of -9.

Three counties,  Monaghan, Mayo and Tyrone all have lesser scores  'for' than Kildare; while on the opposite side only Donegal have conceded more than The Lilies.

But at the end of the day when you look at all the stats there really is only one that counts and that tells us that Kildare have no points after three games, along with Donegal, while Mayo and Tyrone have  just two points apiece. Dublin and Galway are, of course  top of the table, full points from three games. But what it really all  shows is how tight the league is and also emphases what might have been for  Kildare after  losing two of their three games by just a single point.

Incidentally Donegal are in the same boat as Kildare in that regard, the boys from the north-west also coming out on the wrong end of two games by a similar margin losing out to Kerry and Galway.

Kevin Feely is by far Kildare's top scorer todate with 14 points, all frees, bar just one, while Daniel Flynn has 1-3 to his credit, Paul Cribbin 0-5, Ben McCormack 0-4 (from two starts and even at that forced off at half time through injury in one of those games); Luke Flynn has a goal to his name,  Niall Kelly and Eamonn Callaghan (all frees)  have 0-3 each, while Fergal Conway, Mark Donnellan (frees) have two apiece with Neil Flynn (free), Paddy Brophy, Peter Kelly, Cian O'Donoghue have one apiece making a total of thirteen players on the Kildare score sheet from the three games.

Ironically, of the eleven players that started all three games for Kildare, seven of them  are defenders which suggests the team manage-

ment are more or less happy with the overall defensive formation.

Kevin Feely has started all games in the middle and it is fair to say that the Athy man is  the 'go to' man whether it be to gain possession around the middle; carry the ball forward into the opposition half of the field; take frees, both from close range and long distance, and while Mark Donnellan does come up for 45s and the odd free further out, overall Feely is really the main man.

That, without a doubt, raises the question is their too much expected of Feely; is it too much of an ask?

It is a fair and legitimate question and while their is no doubt he is a top class free taker; his stats from last season are up there with the best free takers in the country, and while he did have a blip this season against Monaghan, overall he is a reliable kicker of the ball, both from his hands or from the floor; even allowing for the fact that when kicking from his hands he does kick the ball extremely high.

One worry is what if Feely gets injured; misses a game for one reason or another; or as can happened,  has an off day, what are the alternatives on offer?

Neil Flynn is unfortunately out of action with a hamstring so this is an area that possibly needs attention.

Against Monaghan when he had 'one of those days' there was in fact no other player on the pitch that day that actually takes frees for his club. But apart from that a midfielder comes in for a lot of big hits during the course of every game; a midfielder usually (and hopefully) sees more action than probably any other player on a team.

Kildare have raised two green flags in their three games, ironically both against Dublin, but apart from those have not really created too many other chances and that in itself is a bit of a worry.

However one of the major concern centres around players carrying the ball into the tackle and losing possession. It is not a new problem with Kildare but one that rears its ugly head over and over again and really needs to be tackled.

And so to Sunday and Donegal.

Another big game and having watched the recent Dublin v Donegal game on the box, Donegal looked a very decent game, while trailing Dublin by seven points at one stage in the second half got it back to one and while in the end they went down by five, nevertheless they certainly had Dublin looking to the bench for some reinforcements in the second half and when they arrived they added the necessary impetus.

The Lilies are odds of 1/10 to return to Division 2  and Monaghan's win over Kerry on Sunday certainly did nothing for the Kildare cause but having said that, if a win in Ballyshannon Sunday could be achieved it would certainly make the final three games that extra bit special.

It should be said that Kildare have been playing reasonably well, without getting the results,   and are far from out of their depth in this Division.

Having said that a win is badly needed; a losing sequence can do nothing for the confidence regardless how a side is playing and with Michael Murphy on the way back for Donegal and Paddy McBrearty playing out of his skin, just to name two, Sunday's assignment is indeed a major one, but as ever we live in hope.