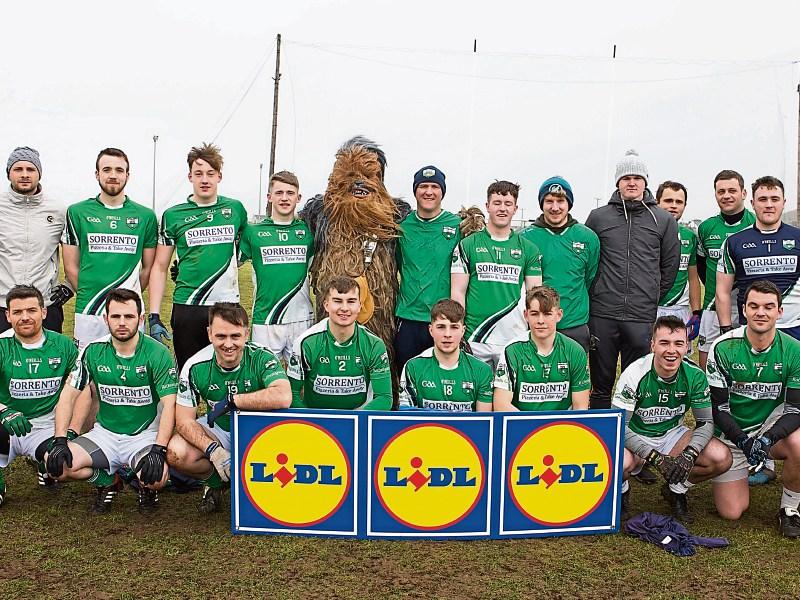 Rathangan, made it to the intermediate final

In the Dermot Earley knockout senior men’s cup, Clane under the management of Eddie McCormack lost out to Kerry’s Milltown Castlemaine 4-7 to 0-13.

Brian Murphy managed Johnstownbridge didn’t have enough to challenge eventual finalists Dingle and lost out 1-14 to 0-5. The senior men’s cup was eventually won by Westmeath’s Rosemount.

In the intermediate men’s cup, the Karl O’Dwyer managed Rathangan fared better with wins over two Kerry’s Keel (3-6 to 2-5) and Lispole (1-5 to 1-4) to reach Sunday’s final.

The Kildare lads eventually lost out to Tyrone’s Augher St. Macartan’s in the intermediate final, who had earlier beaten Kerry’s Anascaul and St. John's of Sligo on their path to the final.

The football festival, which welcomed over 1,000 players, mentors and supporters to West Kerry last weekend,was officially launched by German Ambassador to Ireland Mrs. Dieke Potzel and Minister of State for Tourism & Sport, Brendan Griffin, T.D at Mercy Mounthawk School GAA pitch in Tralee last Saturday where they met the 50 strong men’s and ladies Team Germany, made up of six German GAA clubs.