James Murray epitomises everything that is Moorefield 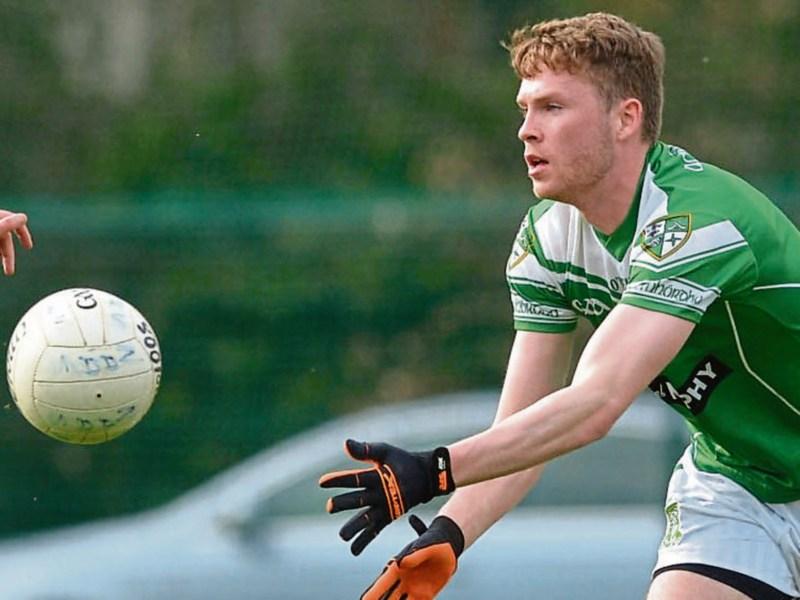 Centre half back, James Murray, made his debut for Moorefield in 2012. The 24-year-old, 6'2” schoolmaster, has enjoyed a season to remembe.

Prominent throughout the season, there are two games in particular that stand out for a man that surely has a huge career ahead of him.

Cast your mind back to the Leinster semi final.

Portlaoise on the attack; the sides are level; 63 minutes on the clock; Conor Boyle in possession; he steadies himself and swings the leg looking for the winning point; in comes James Murray and throws his body, every ounce of his body; every inch of his frame, carrying out a block that epitomises his attitude and determination as he is left sprawled on the ground; in need of attention.

He drags himself up off the turf; jersey in shreds; stud marks etched across his chest like a designer tattoo.

Moorefield are in possession, the ball is worked down field; Niall Hurley Lynch, who had just missed a winner moments earlier; takes a pop, the ball hangs and hangs before finally creeping over the crossbar for what turned out to be a winner.

Fast forward to the Leinster final.

Time was ticking away (again). These Moorefield lads don't make life easy for themselves or for their supporters.

The Westmeath lads in possession, breaking out of defence; James Murray intercepts a pass; moves forward, dodges a tackle; dodges a second one; catches sight of Roli Sweeney to his right in space; finds him; the crowd are on their feet; it seems like an eternity but Roli, as only Roli can, remains focused; calm and in control, before finding the back of the Loman's net.

The rest as they say is history but it was that move; that interception; that ability to read the game; the ability to carry the ball forward with purpose; remain composed getting in the vial pass; that is Murray at his best.

Talking to him as he prepares to go through another training session, the same James Murray remains focused and in control.

“The first week back in after Christmas Ross (Glavin) really got into our heads  ensuring we were  in the right frame of mind; really focused and in fairness every player, to a man, got stuck in immediately.

“Remember that against Lomans we feel we didn't play particularly well for  55 or 56 minutes and that is something we will have to correct but since January we have worked very hard and we feel we are in a right place right now.”

Is it difficult with the gap of some two months?

“It would have been better if we had the semi final before Christmas but it's great to be hear looking ahead to a semi final rather than be looking forward to the start of the Aldridge Cup.:

It has been a great journey?

“Absolutely, but at the start of this season; before a ball was kicked in the senior championship we talked about winning a Leinster  final and even an All Ireland, that was our focus, so anything less than an All Ireland final will be looked on as a failure.”