All positive as Kildare Hurling Action Plan is launched

Planning for the future 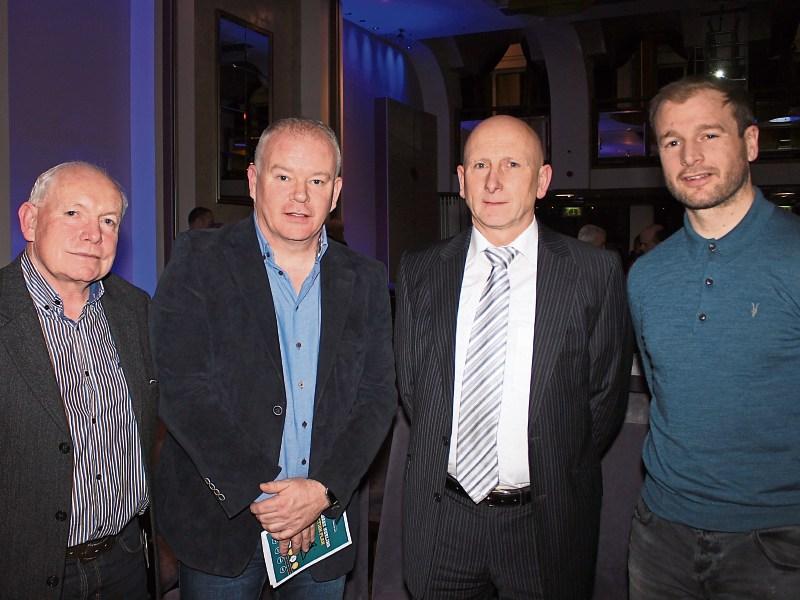 It's a long time since every hurling club in the county was represented at a function, in an overall attendance in excess of 150.

Well on Wednesday night last at The Osprey Hotel, Naas, that was the number that turned out, a turnout that thrilled the organisers as the Kildare Hurling Action Plan was officially launched.

Paudi O'Neill, Chairperson of the GAA National Hurling Development Commitee opened proceedings giving a brief outline of a Coiste Stiúrtha meeting that took place back in April 2017 when it was agreed that a work group be formed with the purpose of drawing up a blueprint to bring Kildare Hurling to the next level.

A meeting was called some months later, attended by over 70 and those present were asked to provide written feedback to the following questions.

(1) Something that you see that is working well within hurling's current structures in Kildare.

(2) Something that you see that is not working well.

Throughout the year each club will be visited by a facilitator nominated by Kildare Coaching and Games, the purpose of these meetings will be to work through the checklist with the relevant Club Officers and mentors in each club

In October the Action Plan for 2018 will be reviewed with all the clubs and a new set of Action agreed for 2019.

Former GAA President, Nicky Brennan described the Action Play unveiled on the night as sensible, realistic and achievable; adding that the greatest problem facing hurling, especially where young people are involved, is a proper and decent games programme.

Eamonn O'Shea made one very telling statement when talking about the early start to this season's campaigns.

“There are now really three seasons in the hurling season; late January and February when ground conditions are in absolutely no state for proper hurling; mid and late Spring when the ground is beginning to dry out and training is stepped up and in the summer when the game of hurling is meant to be played, the ground hard; the sliother flies and the skillS come to the fore.”

Kildare manager Joe Quaid agreed with the Tipperary man but added “the problem for the likes of us  in Kildare is that we never get to play in the summer as our season is long over before that, so in essence we have no chance of honing our skills in conditions that are best suited to top class hurling; which is absolutely and grossly unfair.”