O'Byrne Cup over, next up The Dubs 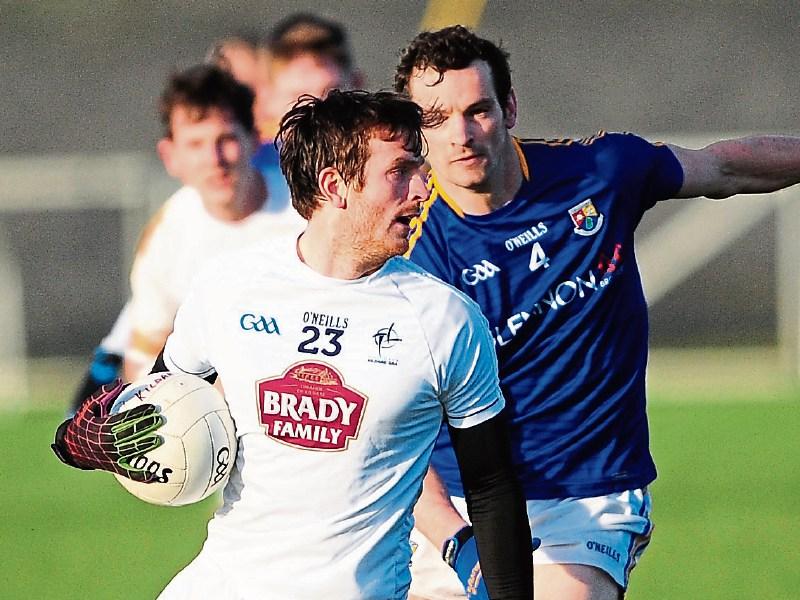 Conor Brophy shields the ball from Barry Gilleran of Longford

“We didn't put in a performance that deserved or merited a win today” said Cian O’Neill after Kildare lost to Longford in Sunday's Bord Na Móna O’Byrne Cup defeat.

Was it an improvement on Wednesday? It was, but then again Wednesday was so poor anything would have been a step-up, hed added.

Was it the improvement we wanted? To be perfectly honest, it wasn't.

“We just did not mind the ball; we didn't defend as a group; we didn't attack as a group when we had the ball; we played individually; didn't play as a team; it will come; of course it will come, but we would have liked to see it a little bit earlier in the season rather than coming off the back of two matches knowing that we should have done better each day but that's the nature of it; we got a lot out of either from the terms of looking at a lot of new and young players but now it's time to get the panel trimmed and really focus on the next two and a half three weeks and the first match of the League, that's where our attention changes to now.”

O'Neill admitted that Kildare seemed to be moving the ball relatively well in the first third of the field but it's that time of the year when we are working on a lot of things and this is one thing we need to focus on for the next three weeks; we are not moving the ball as fast as we would like; the movement itself is not as creative as we would like and we are not being ruthless; we simply did not execute but we now have three weeks to really work on those aspects in training but to be fair the lads are putting in a huge amount of work in terms of getting their physical condition in shape and while it doesn't always look like that in a match like this when you turnover the ball so much you never look fit but we really now need to focus on our football during the next few weeks.