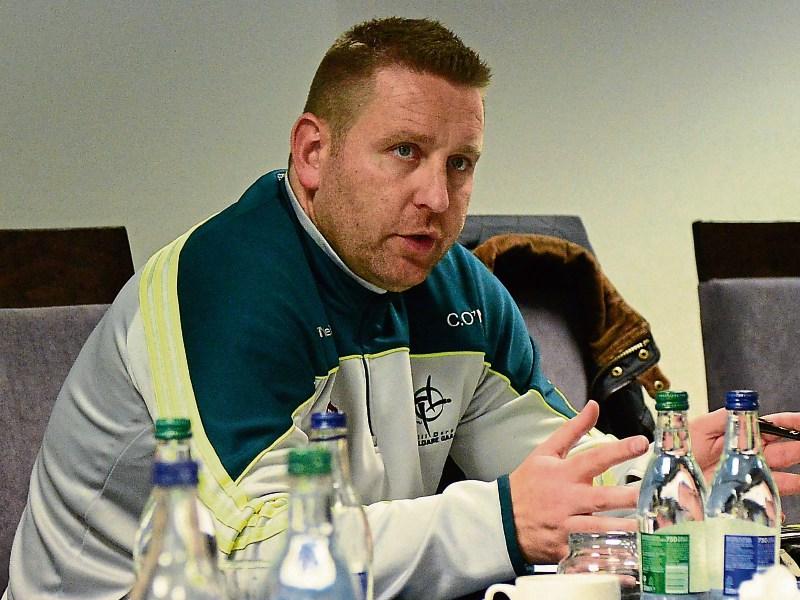 “A couple of individual patches of performance but overall it was as poor a performance that I have seen now as I am coming into my third year in charge.”

The words of Kildare manager, Cian O'Neill, as he looked back on a display from The Lilies against Louth in Hawkfield, on Wednesday night in the O’Byrne, a display that was extremely poor and very disappointing.

The manager added that “the stats will tell you that we actually had more attacks than them, believe it or not; we had one more shot on target than them but overall the first half (conversion rate) was 38 per cent; the second half was 20 per cent and if a team is trying to compete in Division 1 these figures are really the most disappointing aspect of tonight's game.

“Even allowing for the fact that Louth were well drilled; have had a game last weekend; they have been training for four or five weeks longer than us but to be honest it doesn't matter what panel you had out there tonight it was just a poor Kildare performance, pretty much across the entire pitch.”

Asked if the display could be attributed to where Kildare are at the minute, training-wise, or should it be simply put down to a poor Kildare day at the office he replied:

“I want to be clear on this just to be fair that (present training) is a huge contributory factor when you consider what we are trying to do in order to get ready for January 27 and the start of the League and the game against Dublin.

“The players commented after the Saturday (training) session that it was the toughest session any of them have ever done but I don't want that to be seen as an excuse because it was still fifteen Kildare men against fifteen Louth men and we got out-played; out-fought and in some cases out-smarted; we were simply not clever enough tonight but that is not an excuse but is definitely a contributory factor as we have been training really hard as we are only back since December but it was just poor and certainly not good enough for the standard we are at.”

So what way will you approach Sunday's game against Longford as it could be the last game before the start of the League?

“We went out with the notion of picking two teams, one for tonight and an entirely different one for Sunday and giving everyone a run and that is not going to change; obviously we had a couple of guys who couldn't make tonight, Mick O'Grady was ill as was Eamonn Callaghan and we also picked up a few knocks tonight but there are some guys who did not get football tonight, like all the Maynooth and UL lads were released as we can only use 26 so I didn't want to have lads standing on the line but those guys got games with Maynooth and with UL so they will be back into the frame for Sunday; it is not one of those situations where we are picking a championship team because we need to win a game by a certain amount of points.

“The O'Byrne Cup is all about trying things; trying to get our systems in place and that can be very difficult when you are parachuting players in that have not been with you before and that's the balance of these matches, so it really comes down to next Sunday as to who is available and who has not played football yet so there will be seven or eight guys who will play Sunday as they did not start tonight.”

It's a blancing act really and while you may want to make it to the semi final; reaching the final could cause more problems, the final being less than a week before the start of the league?

“It is and I don't think a semi final would help us in any way in so far as the value you can get from training now when you have thirty players and you can only use fifteen plus; but we go out to win every match, I want people to understand that but I am more concerned with the performance tonight than the result and it will be the same come Sunday; if it gets us into a semi final well and good if it doesn't we will us it as a stepping stone; but if we don't make it to the semi final we will have a great training weekend that weekend so it is really how you process more than anything else.”