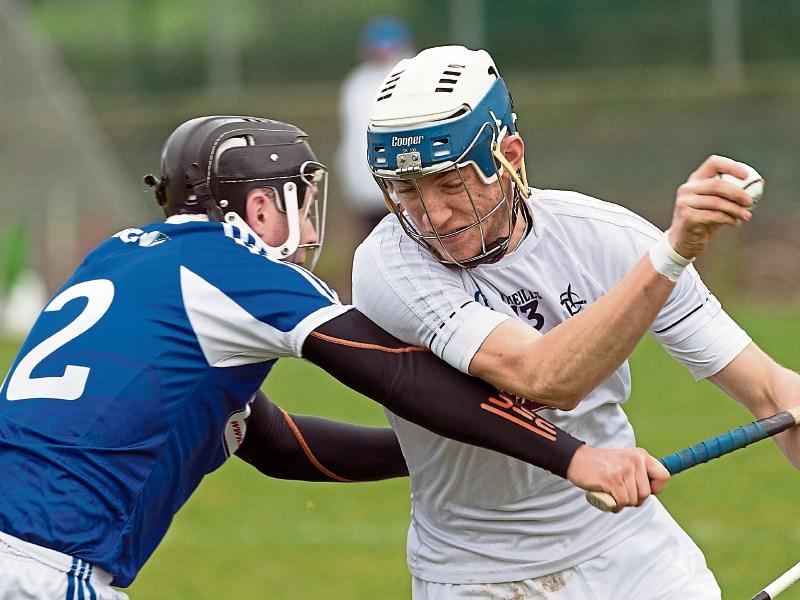 Following last Saturday’s ten point defeat by Laois in the opening round of the Walsh Cup and ahead of this weekend’s clash with Kilkenny, Kildare manager Joe Quaid has confirmed that he does not intend to use permit players in 2018.

While he has always stated that he doesn’t want to utilise the permit player rule since coming into the job ahead of the 2016 season, Quaid was left with no choice but to use it to its fullest last year owing to player unavailability from within the county, with the Reidy brothers from Limerick, John Mulhall from Kilkenny and Tipperary duo, Dinny Stapleton and Padraic Crone the chosen ones.

David Reidy and John Mulhall both made telling contributions during last year’s campaign and would have been welcome additions back into the fold for the season ahead, but with a number of ‘home-grown’ players like Mark Grace, Eanna O’Neill, Kevin Whelan and Martin Fitzgerald all back on board with Kildare and Quaid, no assistance will be requested from outside of the county, at least not at this stage anyway.

“I’ve always said that I wasn’t a fan of the permit players but when you had lads from Kildare, for one reason and another, weren’t willing to hurl for the county, we had to do it last year,” admitted Quaid when questioned following last Saturday’s defeat at the hands of Laois.

“And it reaped benefits in that we are still in Division 2A and that has a lot to do with permit players as well. We are still in the Christy Ring Cup; if we didn’t have those lads last year then conceivably we could have ended up in (Division) 2B and the (Nicky) Rackard Cup, so it did serve its purpose.

“I think it did show the lads that have been here a long time of the standards that they want to get up to. The likes of (David) Reidy and (John) Mulhall when they came in at the start of last year, it upped everything.”

Two players who won’t be togging out with the Lilywhites in 2018 are Naas duo, Mick Purcell and Ross Bergin , who were both key performers last term. However, Quaid has also added a number of younger faces to his panel, all of who got game last weekend like James Burke and Paul Sullivan, both of whom are from Naas also.

“There are lads that have played before coming back in, and with those new young lads on board it’s a good blend,” said Quaid of his panel.

“It is going to take a bit of time to get it right but as a start, would I have taken that this morning (Saturday) – the work-rate, the effort and all that – then absolutely.”

As for his league and championship targets for the year ahead, Quaid admitted that it will be a balancing act to ensure that his troops are ready for both competitions when the times come

“Last year I had made no bones about the fact that the league, because of the quality of teams we were playing in it and we knew that there was probably a change coming in the championship, that it was vital that we stayed in (Division) 2A last year.

“A couple of results went our way, we gained a bit of momentum and we were a puck of a ball away from a league final, so we probably won’t go as bald-headed about the league this year as we did last year, but we will treat it with the utmost respect that it deserves.

“And it will be tougher this year, because you have Meath coming up and Kerry coming back down, so there are no easy teams in the league this year. I suppose if you went into a bookies we would probably be favourites for relegation, but we don’t see it that way.”

As well as his panel, Quaid has also changed things up in his backroom team, adding:

“We are very lucky to have been able to get Shane O’Brien in. Shane comes with huge pedigree from Cuala, a former coach of the Dublin Under-21 team; he was with Outlart the Ballagh, he’s managing Trinity and he has previously managed the Dublin camogie team for a few years and as such probably started the resurgence in there, before handing the reins over to David Herity. The wealth of knowledge and experience he brings is massive. We also have Andy Grehan in as strength and conditioning coach, and his new fresh ideas have raised the bar again.”