Padraig McManus, and his plans, highlight of Kildare GAA Convention 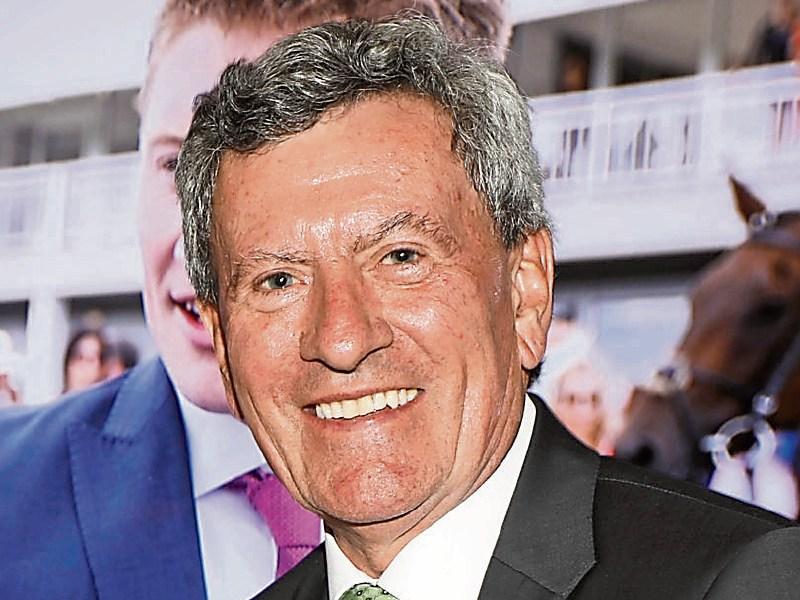 And the mind takes a ramble. Even if it was Annual Convention night, a ramble was well in order such was the night that was in it.

Brother O'Grady. Now there's a blast from the past.

Former head master, coach and mentor at Naas CBS. Not today or yesterday, or even the day before that, I can tell you.

And what pray has Bro O'Grady and the Kildare GAA Convention of 2017  got in common?

Well every time I bump into Padraig McManus for some reason I always seem to get a flashback to Bro O'Grady and in particular the Naas CBS team that won the Leinster U17 Football Championship, all of 50 years ago this very year, and while I stand open to correction, I believe that is still the only Naas CBS side to win a Leinster schools football title.

But back to Padraig McManus and whether it be at the books or on the sports field, Padraig was always top of the class, a man that was destined to go places and go places he certainly did.

Padraig, was Bro O'Grady's no. 1, both inside and outside the class.

Padraig went on to become the top man in the ESB and is presently Chairman of Eir, a position he is about to vacate. He is also, even more importantly, Chairman of the new Curragh Racecourse Board overseeing the redevelopment of the Curragh at a cost of some €75m.

The Naas native has now been seconded to chair a committee that is overseeing the redevelopment of St Conleth's Park in Newbridge and it was at County Convention on Thursday night last in The Osprey Hotel, Naas,  we bumped into the man who wore the no. 3 jersey on that successful team back in  1967.

And the manager of that Naas CBS team?

You guessed it. Bro O'Grady.

The highly respected McManus gave an impressive presentation of where exactly plans are at the minute for St Conleth's.

Padraig gave his presentation at convention early in the evening.

To say the evening went downhill after that would be something of an understatement.

Except for the financial report which again showed remarkable improvement and buoyancy; so much so that treasurer Alan Dunney, informed those present that he has 'invested' no less than €200,000 in a Croke Park Scheme, the first injection of cash towards the Conleth's Park redevelopment.

Now €200,000 may not seem a lot for a project that is now costed at some €7.5 million, but when one thinks back only a few short years ago, it is simply astonishing.

In fact Alan Dunney is doing such a good job, the bye-lays were changed to ensure the said Mr Dunney would not have to vacate his financial role after five years, as applies to all other executive positions.

The proposal was accepted by the club delegates without a murmur.

Imagine not one question on a financial report that saw total operational expenditure coming in at no less than €1,839,866, yet not one single query, question or, for that matter, complimentary remark, as delegates simply sat back nodded and approved a report that went to all of 18 pages.

A few elections saw the deck chairs being moved around ever so slightly while the Hon Sec's, Officers' and Ground Reports all went through on the nod.

Chairman Ger Donnelly's address  arrived and covered the season in  18 minutes or so.

If ever there was a safe pair of hands it is Ger. Rarely causes a stir or a controversy but does the job without fuss or bother, quietly and efficiently as he moves into his fourth year at the helm.

Ger did inform delegates that Kildare would be retaining minor (u18) and the U21 football championship despite those grades changing to U17 and U20 respectively for Leinster Championship; without a doubt something that could only happen in the GAA.

While Mick Gorman informed delegates that he will be proposing to run an U.20 competition in February in an effort to stop the trend of players being lost at that age group.

Where all these competitions are going to fit into to a hectic fixture calendar I do not know but sure those at convention were in no mood for worrying about such trivialities.

We were edging towards an early ending when AOB was called and as sure as the Big Fella will be arriving on Christmas Eve, up popped Clane delegate Frank Duffy.

cerning the junior ranks which says a lot) informing one and all that a decision will be made at the February gathering.

The whiff of chicken goujons and small sausages (with the bits of sticks stuck in them) was beginning to fill the hall but Frank had the 'mike' at this stage and like an alsatian after spotting a lump of steak, was not letting go.

In fairness, his point( s) were decent, basically suggesting that having 16 teams in  senior and intermediate needs to be  reduced in order to become more competitive.

Frank, as usual, went around the houses with his idea and while there is little doubt his views deserve to be discussed and possibly taken on board, but in all likelihood they will disappear as quickly as the goujons and the small sausages.

And so the mind rambles back to our friend Padraig McManus.

His plans include floodlights; new stand of course; new entrance, front and back and much more.

His funding ideas break down along the lines of one third grants; one third to be fundraised and one third borrowing.

The time frame  is along the lines of January 1 2018 Design Team in place; April 1 planning lodged and hopefully received six months later; March 2019 contract awarded; May 2019 work commences to be completed in or around April 2020.

It will, of course, all depend on the funding and unfortunately while there are no JP McManus', Magnier's, O'Brien's, Royal Highnesses or Sheiks that can be tapped up when it comes to St Conleth's Park his plans are nevertheless impressive.

No doubt a lot of work has gone into it but one aspect of the funding would require something in the region of 400 supporters dishing out €2,500 each. Herein lies one of the big stumbling blocks especially when one considers that Club Kildare at the minute can command less than 200 members, and that is at just €300 a pop.

Still if Padraig McManus thinks it can be done, have no doubt it   will be done.

But one thing is for sure if he manages to bring this venture to its fruition, in the timeline envisaged and on budget, it will  be  the biggest achievement of his career; a career that has blossomed and blossomed since he left Naas CBS, and Bro O'Grady, all those years ago.