Moorefield big match preview: 'We are a club with big ambition and belief' 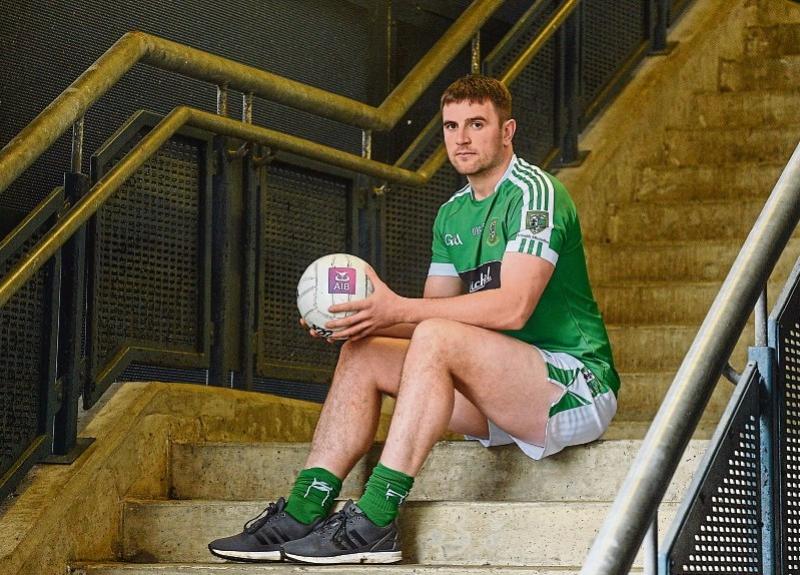 And then there were four, and few, if anyone, would have thought or expected that Leinster champions, St Vincent's would not be among the quartet.

But that's the beauty of sport, its unpredictability.

It's amazing really that in the last five seasons in the AIB Leinster SFC Club, Vincent's have been in three Leinster deciders, winning all three, against Rhode (2) in 2016 and 2014 and against Portlaoise in 2013.

Meanwhile Portlaoise who crashed out to The Moores, last week have also been in three Leinster finals in the last five years, losing all three, and all to Dublin opposition, Ballyboden St Enda's ; St Vincent's and Ballymun Kickhams.

That's all in the past now as the four semi finalists for this season's Leinster Club are set to do battle on Sunday.

Moorefield take on Rathnew, the shock winners over St Vincent's, a game played in Aughrim and won by the home side 1-13 to 1-9; while Moorefield who got the better of Portlaoise coming from three points down with less than five minutes remaining to equalise with an Eanna O'Connor goal followed by a Niall Hurley Lynch point to clinch the win.

With St Vincent's having been installed as hot favourites to go all the way and fancied by many to also add the All Ireland, the bookies were quick to re-evaluate the situation with the two fancied sides (Portlaoise being the other) crashing out last Sunday week.

It is Loman's who are now the layers' favourites to take the title but in fairness this is now a wide open competition with any of the remaining four clubs more than capable of lifting the Cup.

Loman's are installed as 6/4 favourites with Moorefield at 2s; Simonstown Gaels at 7/2 and Rathnew the outsiders at 9/2.

Moorefield boss, Ross Glavin, continues on the same road since he set out on this campaign earlier in the season, “we'll take one game at a time; never have looked beyond the next game all season and that is exactly what we will be doing this week as he look ahead to Aughrim” he told the Leinster Leader last week.

Rathnew have been the dominant force in Wicklow at senior level for many a seasons now and in fact head the championship Roll of Honour with no less than 33 titles, eleven more than second placed Baltinglass.

Since 2000 Rathnew have been in no less than fourteen finals winning the title on eleven occasions. So as far as tradition is concerned there is no one more laden down with honours than the boys from Rathnew.

The Wicklow boys have one Leinster Club title to their credit when back in 2001 they defeated a much vaulted Na Fianna outfit, 2-16 to 1-10, having drawn their initial clash 0-9 to 1-6.

Amazingly three of the Rathnew team that played in that final, all of 16 years ago, lined out against St Vincent's in the quarter final. The trio Leighton Glynn, Damian Byrne and Stephen Byrne have given incredible service to the club while also on the bench that day back in 2001 were Nicky Mernagh, James Stafford and Paddy Dignam also still involved; unfortunately for Rathnew Nicky Mernagh was ruled with appendicitis and will now miss Sunday's clash also.

Rathnew manager Harry Murphy, a former Wicklow boss, is also a seasoned and experienced campaigner and, have no doubt Rathnew will not fear Moorefield one iota come Sunday as there are few at either club or county level who look forward to going deep into Wicklow territory and especially to Aughrim.

Having said that these teams met back in 2014 in the quarter final, in Aughrim, and The Moores came out on top on a score line of Moorefield 0-17 Rathnew 2-7.

Whether Vins took their eye off the ball in this season's quarter final can be a matter of opinion but there is no doubt that Moorefield will now know that if they are to advance to the provincial decider they will have to produce another 60 minutes plus of their best form.

Moorefield will be without both Ryan Houlihan and Adam Tyrrell, both gone on overseas duties with the Defence Forces but on the plus side team captain Daryl Flynn and vice captain David Whyte are eligible following their one game suspension.

Moores boss Ross Glavin, said earlier in the season and repeated it last week “we are a club with big ambition and big belief and I have no doubt if we play to our full potential we can beat any club from any county.

“We are well used to losing players to overseas duties and of course injuries but we have a big panel, a strong panel, and when one or two players are missing for whatever reason, it is simply an opportunity for other players to step in and take their opportunity; that is what has happened this season, as it happened in other seasons; nothing unusual for us in that; we will be focused on Sunday's game and Sunday's game only; nothing else; we are fully aware of the task that lies ahead; we will give Rathnew the respect that any county champions deserve; they a re a very experienced team; well used to winning but so are we and we will be travelling to Aughrim confident, that if we play to the best our ability, we will be in there with a real good chance.

Sunday's game throws in at 2 pm at Aughrim.

Fasten your seat belts, this could be a game not for the faint hearted!