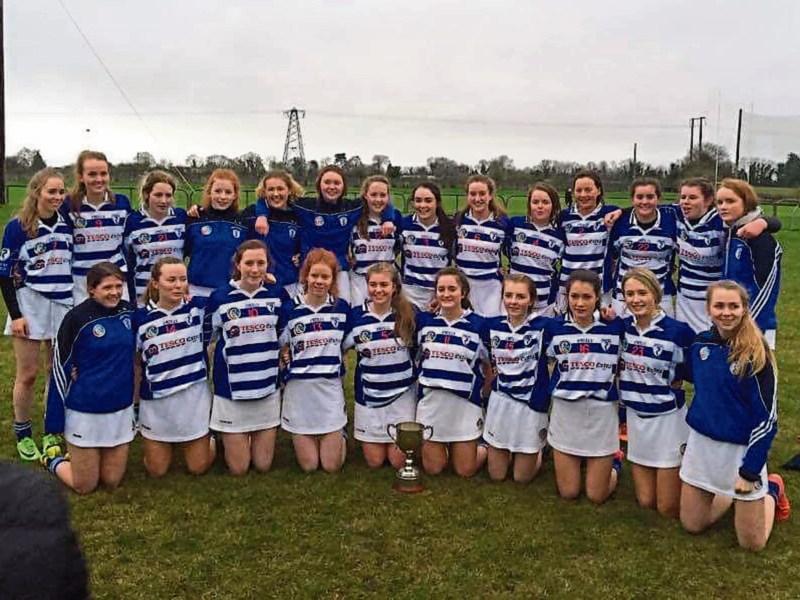 It was back in 2010 when Naas last won the Kildare Minor Camogie Championship but now following victory over Clane (2-7 to 1-4) they are back top of the pile once again.

This was a much anticipated final as many involved had also been on the victorious Kildare minor side so there was much at stage and with Clane having defeated Naas in the two previous minor finals there was certainly a big incentive for the girls from the county town on this occasion.

Clane started the stronger and dominated the opening exchanges but missed a number of  scoring chances.  Roisin McGuire the Clane half forward scoring a tremendous point to give the title holders the lead half way through the first half. However as the half progressed Naas began to get more possession.

Naas briefly took the lead when their  midfielder Deirdre Doyle shot from distance to score a goal. However credit to Clane they quickly responded to this setback to raise a green flag at the  opposite end. This score was the last one of the half and ensured that Clane went to the break one point in the lead.

It was a lead which the county town were never to relinquish, further scores from  the highly impressive Maria Doyle, Aoife Stynes and Caoimhe Maher increased Naas’s lead to six points.

To Clane’s credit they threw the kitchen sink at Naas in the closing minutes led by their very talented midfielder Tara Glynn. However the Naas defence remained  steadfast with Naas captain Sarah Cullen playing a pivotal role in ensuring that the Naas rear guard remained intact.

After suffering the heartbreak of two previous defeats at this level there was joyous scenes on the Naas team when referee Paul Ryan blew the final whistle.

Naas ended out winners of the Molly Delaney Cup by virtue of their  dominant second half performance. Clane going for three in a row titles can take great solace in participating in what was a great advert for Kildare camogie.