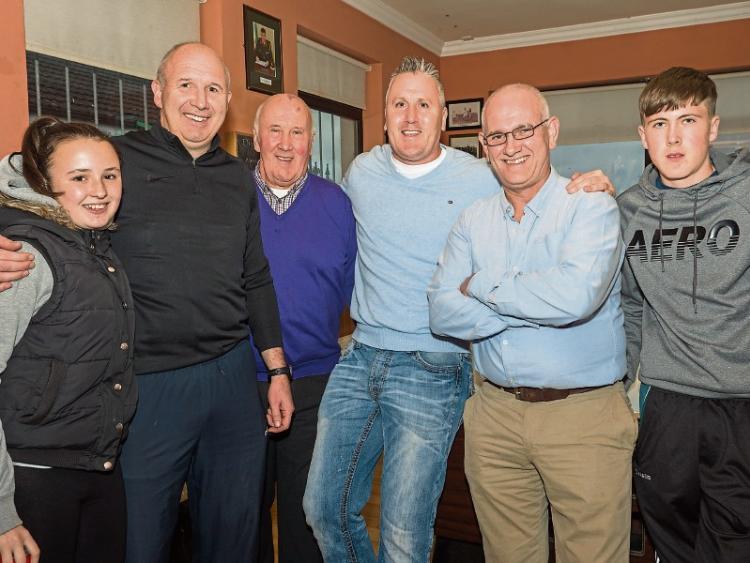 Nostalgia was certainly in the air on Saturday afternoon, October 14, in Sarsfields as Kildare U21 Leinster football champions marked their great feat of 25 years ago with a game against a Sarsfields O40 side.

While some of the lads may have 'wintered well' since the day they defeated Dublin in Tullamore, nevertheless the class could be seen with the likes of Gero Gannon, Glenn Ryan, Anthony Rainbow, Niall Buckley, Liam Sex, Maurice Colbert, Brian Fahy, Ronan Quinn and Eric Dockery all in top form.

Tommy Carew, who trained the team that year was present as was selector Frank Moran and Tommy Rooney. Mark Carroll was also heavily involved along with the great Mick O'Dwyer.

Great to see the lads enjoy the craic and banter, before and after the game, as many would not have seen one another for some time.

In the end, as expected, the class of 1992 came through with flying colours, Eric Dockery, Kevin Horgan, Rainbow and Glenn all prominent.

In the club house the craic and banter continued with the great Nuckser Buckley, home from The States on holiday, still commanding a lot of the after match attention.

Overall a great occasion and as one of the lads said on the evening “something that should be held more often for various teams who have represented the county.”

And for the record

Mick O'Dwyer was only in his second year with The Lilies when they defeated Meath and Laois to book a place in the Leinster final and a meeting with the Bobby Doyle managed Dublin side.

In the opening game it was two second half goals from Eric Dockery that clinched victory for The Lilies going on to win comfortably 2-11 to 1-7 i in a game played at Pairc Tailteann, Navan.

Paul O'Meara reported in the Leinster Leader that “with players of the calibre of Dockery, Glenn Ryan, Anthony Rainbow, Niall Buckley, Ronan Quinn and Brian Fahy to call on, Kildare had a good sprinkling of senior talent to call on.”

Next up was Laois and while the final score that day was 1-8 to 0-10, according to the Leader Kildare had a bit more to spare than the final score line might suggest (Kildare 1-8 Laois 0-10), the game played in Dr. Cullen Park Carlow in an absolute downpour throughout.

Hugh Emerson and Michael Lawlor were among the stars of a highly rated Laois side, the latter though was held by Liam Sex.

Niall Buckley was again the start of the show firing over five points that included four frees.

Kildare dominated early on, Brian Fahy opening with a point before Kilcock's Michael Gallagher fired to the Laois net as Kildare led 1-4 to 0-6 at the break but had dominated and missed a couple of goal chances losing the footing at vital stages due to the conditions.

Despite a late rally by Laois in the second half Kildare booked their place in the final and a meeting with Dublin.

And so to the Leinster final and Dublin, played in O'Connor Park, Tullamore and it was The Lilies who turned on the style defeating Dublin that day on an impressive score line of Kildare 2-12 Dublin 0-9.

It was a win described by Dublin manager, Bobby Doyle as “an absolute marvellous performance” adding that he hoped “Kildare would go on and take the ultimate honours.” 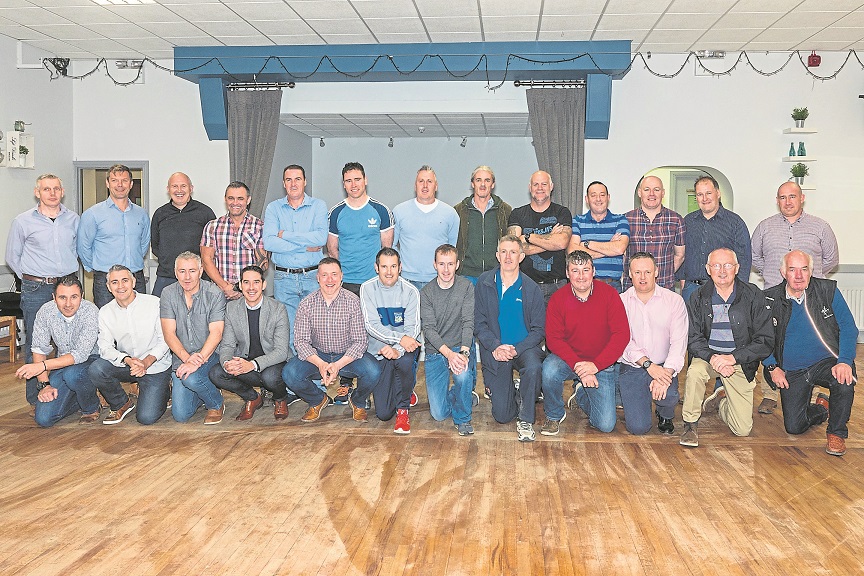 The Kildare 1992 U21 team reunited in Sarsfields. Picture: Tony Keane