Stadium uplift on the way 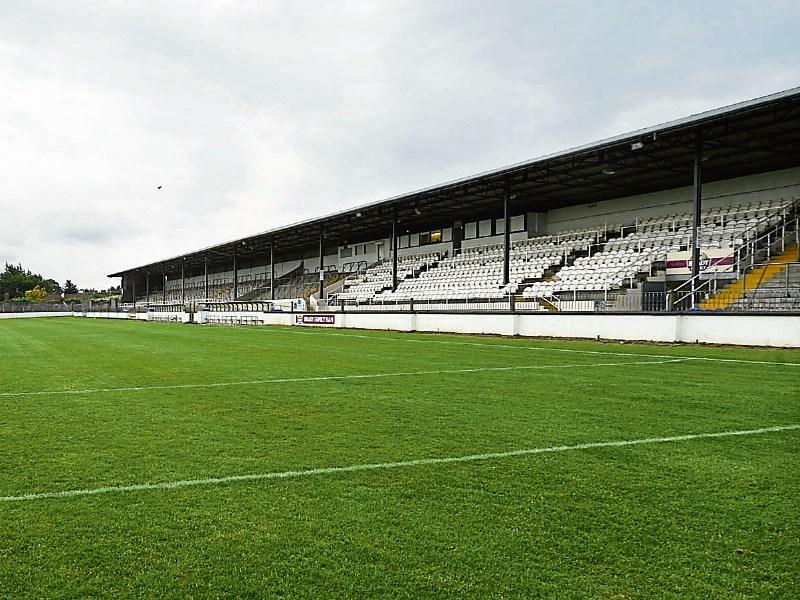 Kildare GAA club officials have given the Co. Board the green light for an updated and revised plan for St Conleth's Park, Newbridge, at a meeting held in Hawkfield last night (Tuesday (August 8) at which chairmen and secretaries from the clubs of the county attended; along with officials from the Co. Board.

Initially it was envisaged the new development would be completed in three phases; dressing rooms and front entrance; pitch realignment and, when funds were available, a new stand.

Following the appointment of a committee some months ago to drive the project, led by Padraig McManus, former head of ESB and present Chairman of the Curragh Racecourse Company overseeing the €70 million development at the headquarters of flat racing; new proposals have been put forward that would see the entire St Conleth's project being completed in one phase, to include, with agreement, the installation of floodlights.

The new plans were passed unanimously by those present.

Naas native, Mr McManus said he was very confident that funds could be found to see the project through.

Chairman of the Co. Board, Ger Donnelly, emphasised that there would be no funding requirement from the clubs of the county, adding “clubs just can't afford any more levies as they are currently financing the loan on the Hawkfield project.”

Mr McManus said the estimate for the entire St Conleth's Park project was in the region of €6 million; meetings have been held with varous Co. Council officials, while local TD Martin Heydon, along with relevant Ministers, and other political figures are also very much involved.

Paraic Duffy, Director General and other high ranking officials from Croke Park have already visited St Conleth's as have Leinster Council officials; all are one hundred per cent behind the venture.

Initially it is proposed to knock the four dressing rooms into two and to install new portable dressing rooms, which would be moved to Hawkfield when the Conleth's project would be completed.

The old dressing rooms (and birds' nest) would be eventually demolished; a new entrance installed; along with an entrace from the Athgarvan Road end while the terraces would be left untouched as they are relatively newly installed and comply with all regulations.

The main stand, it is planned, will be demolished and replaced along with four dressing rooms underneath plus a warm-up area, along with a VIP area which will have the capacity to be used commercially.

The plan is a three year one and the cost as already stated would be in the region of €6 million.

Various grants (Croke Park, Leinster Council along with the State) are available for the project and while it was emphasised that no guarantees have been given, it is hoped that between 25 and 33 per cent of the project could be grant aided.

Mr McManus' committee will aim to pick up another third of the cost through commerical ventures; naming rights; ten year seat plan, along with various other projects.

The remaining one third would be made up of borrowings and again, it is envisaged that over time this could be met without too much of a burden.

It is hoped to get a design team in immediately; lodge planning by Christmas and the green light given  six months after that.

Once the plan was in place, permission granted and any obstacles overcome, Padraig McManus said the commercial viability of the project would then be looked into in earnest, again adding, he was very confident that the entire project could be brought to fruition in three years.