Lilies lose out to Royals in Leinster U17 semi final 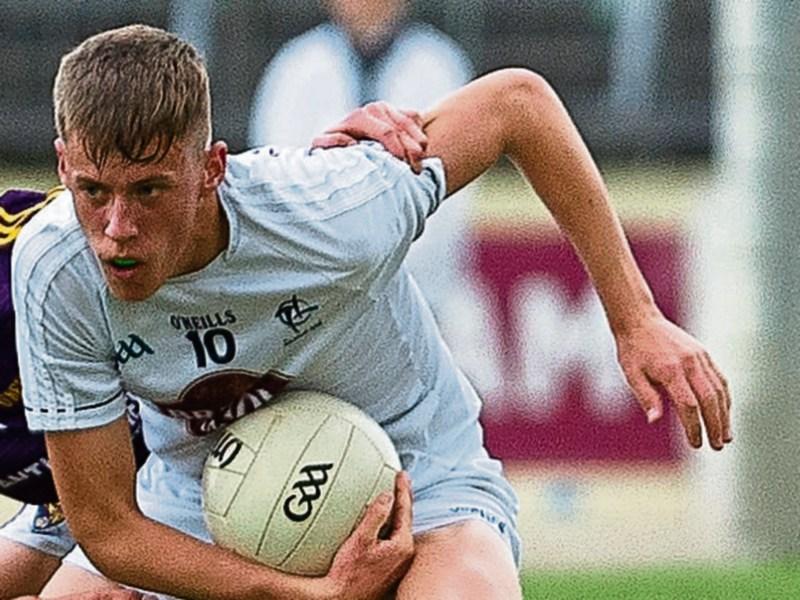 Sam McCormack on the mark for Kildare

Kildare crashed out of the Special Leinster U17 football championship to Meath at St Conleth’s Park on Tuesday evening.

Paudi Behan opened for Kildare but Jordan Morris leveled and Colm Doherty had the visitors a point ahead all inside three minutes; Kildare were level when Daragh Kirwan punched over.

The sides were locked together five times in the opening half before Meath took the lead through Matthew Costello on 30 minutes. However the decisive score of the half came just before the break when Sean Ryan and Dylan Keating combined to find the Kildare net to leave the half time score reading Meath 1-7 to 0-6.

There was still four points separating the sides mid-way through the second half when Dylan Keating added a Meath point and when Keating sent in a high ball to the danger area, up popped the impressive Cian McBride to get a vital touch ahead of both a defender and keeper to make it 2-11 to 0-8 and when Jack O’Connor added a point Meath extended the lead to nine points, 48 on the clock.

Kildare hit back with a fine individual goal from Sean O’Sullivan, a point from the same player and anothere from Billy Maher.

Shane Walsh replied for Meath but Kildare piled forward, Daragh Kirwan and Sean O’Sullivan reduced the deficit but it was Conal Courtney who edged Meath four ahead before the full time whistle arrived on a final score line of Meath 2-13 Kildare 1-12.