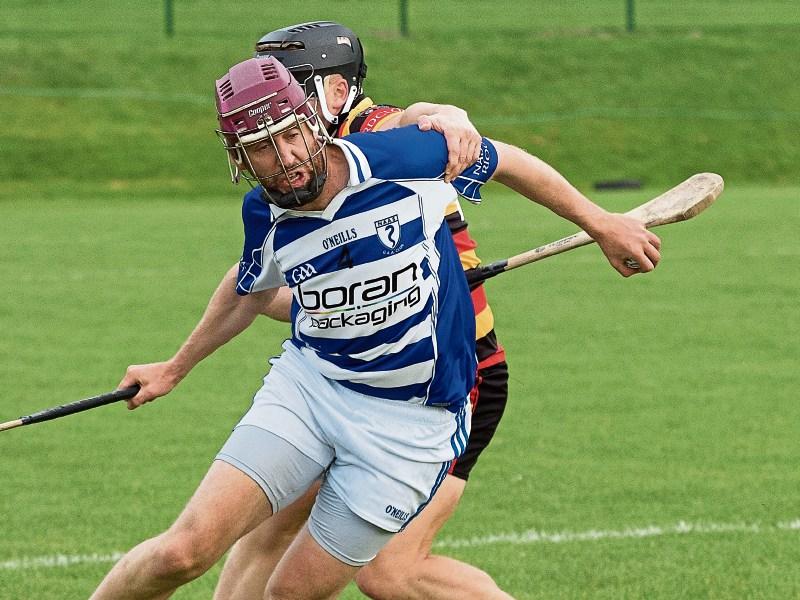 Naas and Coill Dubh will clash in this season’s senior hurling league decider, both after successfully coming through their respective semi final clashes this evenning.

At Naas it was the home side that prevailed against Ardclouigh in an entertaining game that was in the balance with less than ten minutes remaining.

Naas dominated early on but had to withstand a late first half rally from Ardclough and led by just one point at the break, Naas 0-9 Ardclough 0-8.

There was just two points between the sides with 50 minutes on the clock before the home side hit three goals in a magical three minute period,  two from Jack Sheridan and a cracker from substitue Kevin Aherne, and while Ardclough came back strong in the the final minutes Naas held on comfortably to book a final spot on a final score line of Naas 3-14 Ardclough 1-14.

On the downside for the winners, ace county man, Jack Sheridan, was forced off near the end with what looked like a very nasty hand injury.

Meanwhile in the second semi final, played at Celbridge, the home side suffered a setback with visitors Coill Dubh getting the better of the Hazelhatch side 1-16 to 0-15, having led at the break 1-9 to 0-5.

The final is set to be played the weekend after next.

Full report of both games in next week's Leinster Leader