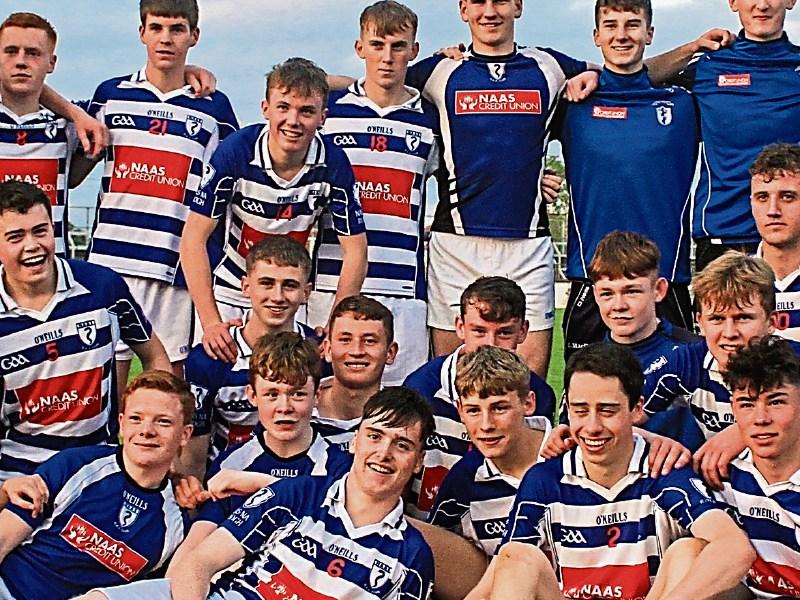 Naas and Carbury played out one of the best games we have witnessed, at any level, at St Conleth’s Park this evening, with the boys from the county town defeating Carbury by a single in the Minor Football League final (replay).

Carbury were missing three of their county minor men who picked up injuries in their win over Laois on Saturday last but against that Naas played the entire second half with fourteen men, after the dismissal of one of their lads who received a second yellow card before the break.

Naas led at the break 2-7 to 0-10, the goals coming from Colm Joyce and the impressive Dallan Gallagher.

On the resumption the free flowing football continued Carbury getting back into it with a fine goal from Jack Smyth to go two clear.

Naas though showed great fight and spirit and when Keith O’Connor got his side’s third goal on 42 minutes they were back in the driving seat and in a rip roaring finish held on, despite Carbury finding the net from their magnificent midfielder Ger Cunningham late on, it was Niall Cronin’s Naas who held on to record a brilliant win.