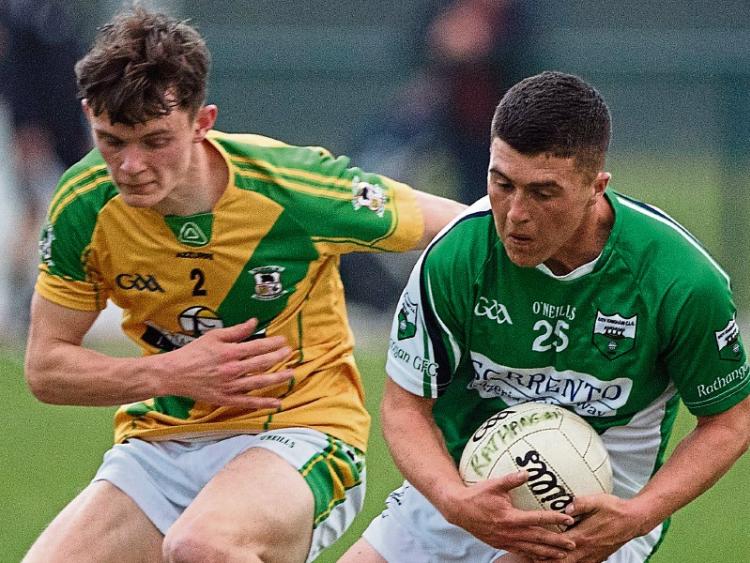 Rathangan were worthy winners of The Court Yard Hotel, Leixlip, IFC Round 1 replay against Two Mile House on Thursday evening (May 11) at Hawkfield.

Managed by former Kildare All Star Karl O’Dwyer, Rathangan’s winning period arrived directly at the start of the second half, having gone in level at 0-10 apiece at the break.

A goal, from Conor Jamieson, 25 seconds on the resumption was quickly followed by two points from Eoghan Boyle and Eoin Kennedy and then just seven minutes later it was Boyle, set up by Kennedy who fired the ball to the Two Mile House net to make it 2-12 to 0-10.