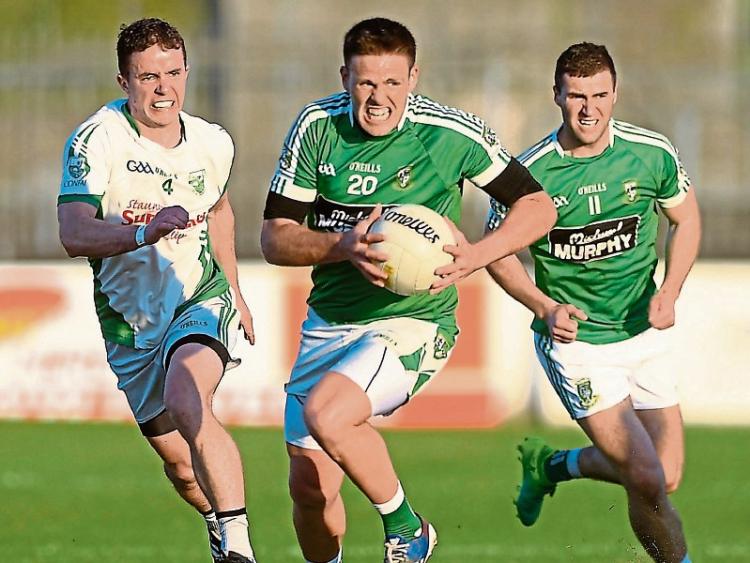 Following their draw on Sunday evening last in the Round 1 of the Joe Mallon Motors SFC, Moorefield and Confey replay this evening in St Conleth’s Park with a 7.30 pm throw-in.

Confey looked to be on their way last weekend to causing a bit of an upset when leading by five points but a much improved second half display from the Newbridge boys saw Mark Murray hold his nerve to convert a late free and force this evening’s replay.

Elsewhere the Tom Cross JFC Group A game is also down for decision.

This will be played at Hawkfield Centre of Excellence and sees Ballykelly take on Rheban, again with a 7.30 throw-in.

Tomorrow evening, Thursday May 11, Two Mile House and Rathangan will replay following their drawn game last weekend. Hawkfield is the venue for this game which has a 7.30 throw-in.