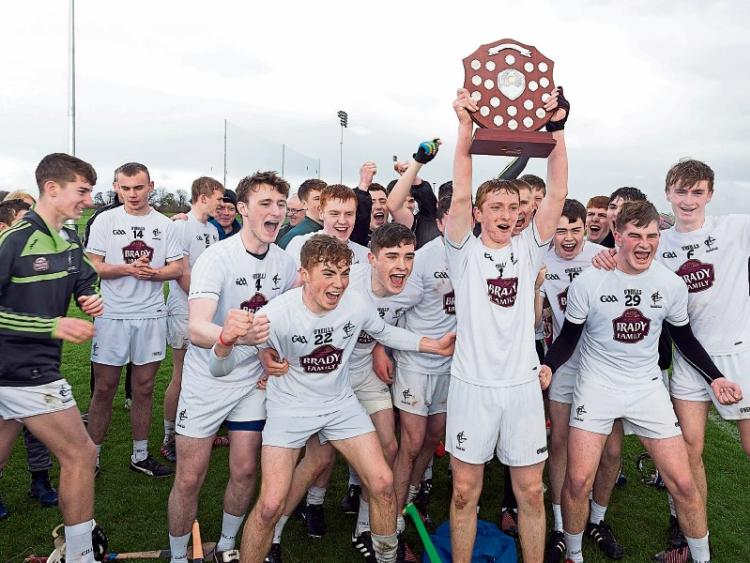 Kildare celebrate their win over Dublin

Kildare minor hurlers captured the Leinster Minor League after a marathon against Dublin, in Abbottstown, this afternoon, April 1.

Level after sixty minutes; level after extra time, it took a goal from Ciaran Tobin to finally clinch the title, after a second period of extra time, on a final score line of Kildare 3-16 Dublin 1-20.

Kildare minors are back in action next Saturday when they take on Carlow in the minor championship, at St Conleth’s Park, throw-in 3 pm.