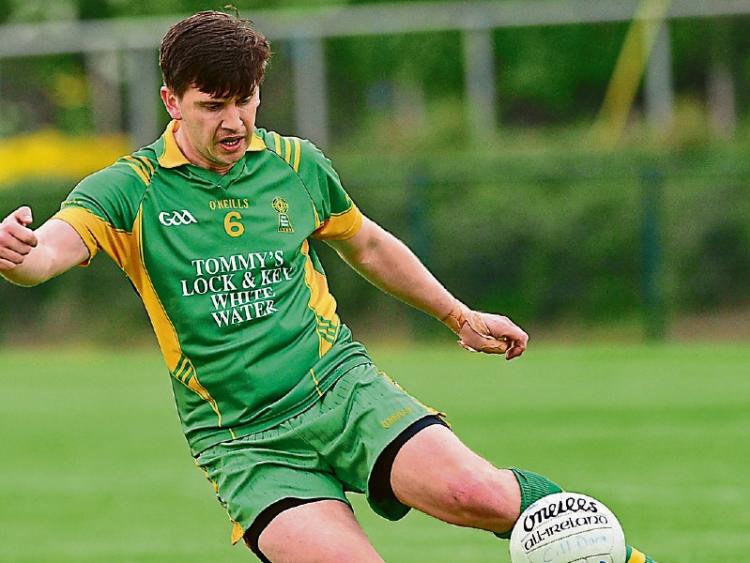 Leading 1-6 to 1-3 at the break, Ballymore had to dig deep in the second half, Rheban hitting the opening four points  to take a one point lead mid-way through.

Ballymore though upped their game finishing the strongest with a goal from Mark Slevin, his second of the game, finally killing off a game Rheban side on a final score line of Ballymore Eustace 2-11 Rheban 1-7.