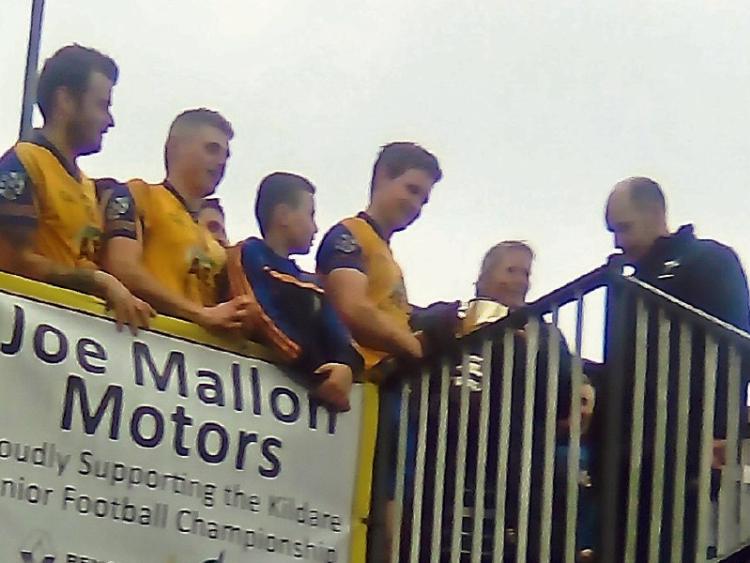 Carbury had little trouble in capturing the Aldridge Cup final at St Conleth’s Park today (Sunday March 19) with a comprehensive victory over a very disappointing St Laurence’s on a final score line of Carbury 0-15 St Laurence’s 1-7.

The Sean McLoughlin managed side were in full control from the start at by 0-10 to 1-1 at the break, The Larries goal coming from Karl O’Brien but it had little effect as the Eoghan and Morgan O’Flaherty boys dominated throughout.

On the resumption Larries did improve somewhat but never put Carbury under any real pressure.

First silverware of the year for Carbury but for The Larries it’s on to the start of the league ande on this display they will need to show big improvemenet but then again they won’t be meeting teams of the calibre of Carbury every week.