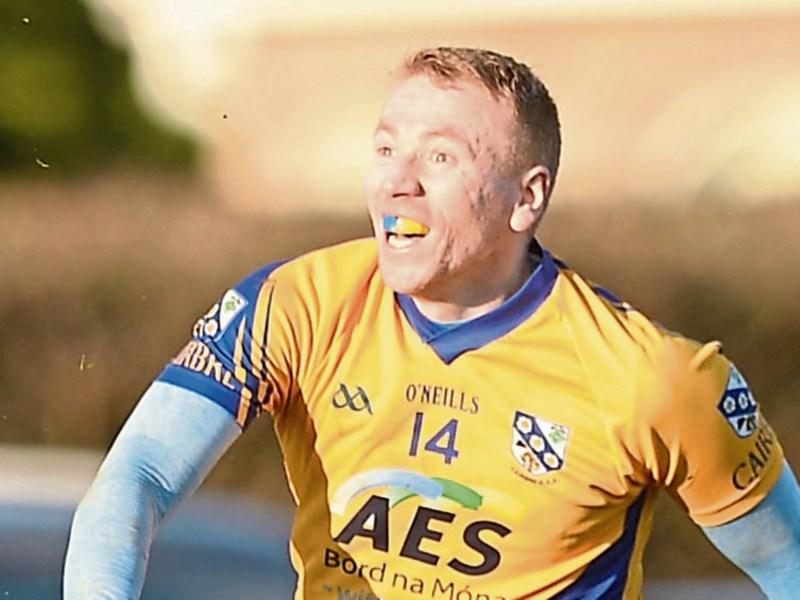 Carbury advanced to the final of the Aldridge Cup this evening (Wednesday March 15) defeating Moorefield by a single point in a highly entertaining game played at Moorefield.

Moorefield were in control early on with goals from James Murray and Eanna O’Connor but Carbury remained cool and calm and equalised with a goal in time added on before the break, Terry Rossitor finding the Moorefield net to make it 2-3 to 1-6.

The second half ebbed and flowed before Eoghan O’Flaherty got on the end of a fine Carbury move to take the lead 2-8 to 2-6 mid-way through the half.

The Moores hit back to level matters with points from Ronan Sweeney and Eanna O’Connor but Carbury kicked on with three points in a row from Shane Moore, Steven McGlynn and a brilliant effort from Alan Kearney and while Moorefield hit back with points from Lee Murphy and James Murray, Carbury held out to book a place in Sunday’s final where they will meet St Laurence’s, on a final score line of Carbury 2-12 Moorefield 2-11.

The Larries had a very impressive victory over Celbridge on Tuesday night, in Celbridge, winning on a final  score line of St Laurence’s 1-17 Celbrige 0-13.

Meanwhile in the Keogh Cup, holders Raheens are back in the decider again defeating Rathangan in Hawkfield tonight by a single point 0-12 to 1-8.

Declan O’Toole’s side will meet Monasterevan in Sunday’s decider who were too strong for Sallins in the other semi final, also in Hawkfield tonight, on a final score line of Monasterevan 4-15 Sallins 2-13.

KEOGH CUP Final, fixed for this Sunday, time and venue to be announced, Raheens v Monasterevin.