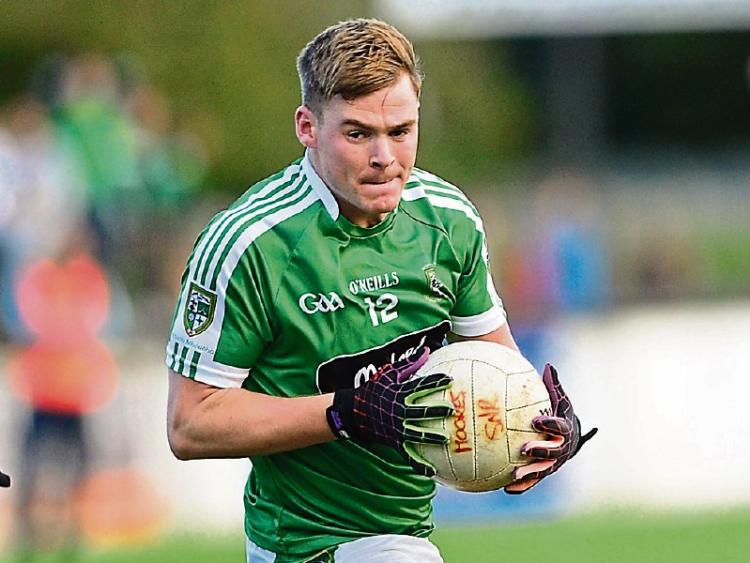 Moorefield toppled arch rivals and county champions, Sarsfields, in Round 3 of the Aldridge Cup in Sarsfields Park this afternoon (Saturday March 11) booking their place in the semi finals.

In a very lively game for this time of year, the sides were level at the break at 0-7 apiece but Moorefield took complete control on the resumption, restricting their opponents to just a single point.

Star of the show for the winners was Adam Tyrrell, who was introduced after 20 minutes awhen Cian O’Connor picked up a hand injury that could see him out of action for a number of weeks. Tyrrell immediately made his presence felt, using his pace and accuracy to great effect, in total he fired over five points, three of them straight out of the top drawer from between 45 and 55 metres, a display which must have impressed Kildare manager Cian O’Neill who was at the game.

While both teams were far from at their strongest it was still a very competitive clash with some decent displays; Cian Costigan having an impressive opening half for Sarsfields while for the winners, apart from Tyrrell, also to the fore were Colin Barrett, Liam Callaghan, Eanna O’Connor and David Whyte.