Seven points from Jack Robinson fails to save GUI, Galway 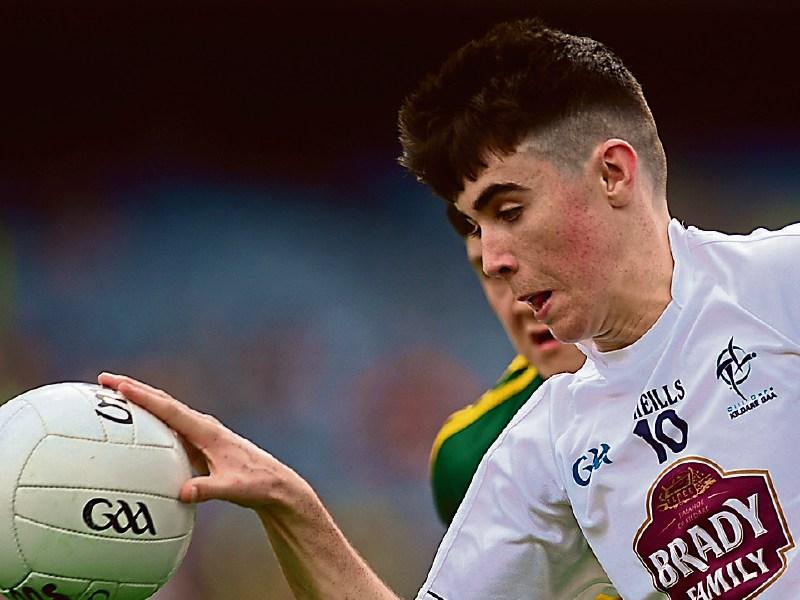 Seven points from the boot of Clogherinkoe’s ace marksman, Jack Robinson, was not enough to save GUI Galway from defeat against DCU (1-13 to 1-10)  in the fresher football division 1 championship played at Abbottstown on Friday evening last.

Despite suffered the loss to injury of Paddy Small (Dublin) and Shay Ryan from Kildare  due to suspension the Dublin boys retained the Dave Billings Trophy.

NUI Galway started brightly with top scorer Jack Robinson on target after two minutes from a narrow angled effort. The first few attacks favoured the western college but were spurned efforts as DCU got to grips with the fast moving energetic Galway side.

Monaghan's Michael Bannigan struck for a brace of DCU scores after six minutes as NUI Galway were beginning to struggle to get out of their own half of the field. DCU centre back and captain Brendan McCole drew a great cheer from his sides supporters with a fine solo effort before Stephen Smyth also from play left DCU 0-4)to (0-2 clear after 10 minutes.

DCU dominated all over the field Michael Bannigan, Tom Fox, Bannigan once again and Conor Smith kicked points in this period to open up what appeared would be an insurmountable Dublin college lead as they led by seven scores entering the final five minutes of the first half.

Instead of capitulating NUI Galway gave themselves huge hope for the second half as they stemmed the DCU onslaught and two scores from Jack Robinson including a truly tremendous effort left DCU 0-9 to 0-4 ahead at the interval.

Galway hit DCU with admirable ferocity in the third quarter as their defence led by Nathan Mullen, Sean Mulkerrin and the ebullient William Finnerty, son of Sigerson legend Anthony kept DCU scoreless for nearly 20 minutes of the second half.

Kildare's Jack Robinson kicked two frees in the opening five minutes of the new half as NUI Galway attacked with gusto but for their effort could not turn chances into scores. Three points separated the sizes for seven minutes before parity was reached when a high delivery into the DCU square was turned into the net by Galway panellist Cillian McDaid.

It would be an understatement to say that DCU were reeling but all that NUI Galway could add in this period of control was two more scores from play by McDaig and Robinson. With 13 minutes to go NUI Galway led 1-8 to 0-9.

DCU had now soaked up all that the Galway side could offer and NUI Galway slowed down their attacks allowing DCU to break free of the shackles that NUIGalway had on them for nigh on 20 minutes. Top scorer Michael Bannigan kicked two in a row to level proceedings by the 50th minute. Tom Donohue sent DCU ahead. Alan Dignam (Milltown, Kildare) hit back with another leveller for NUI Galway before a swift counter attack by DCU caught NUIGalway off guard as Michael Bannigan ended NUIGalway hopes with a goal.

Once more NUI Galway had to fight back and the won a free that Cillian McDaid failed to score as Jack Robinson scored from the rebound. The final score of the day fell to DCU's Ryan O Connor who made no mistake as DCU retained the Dave Billings cup.