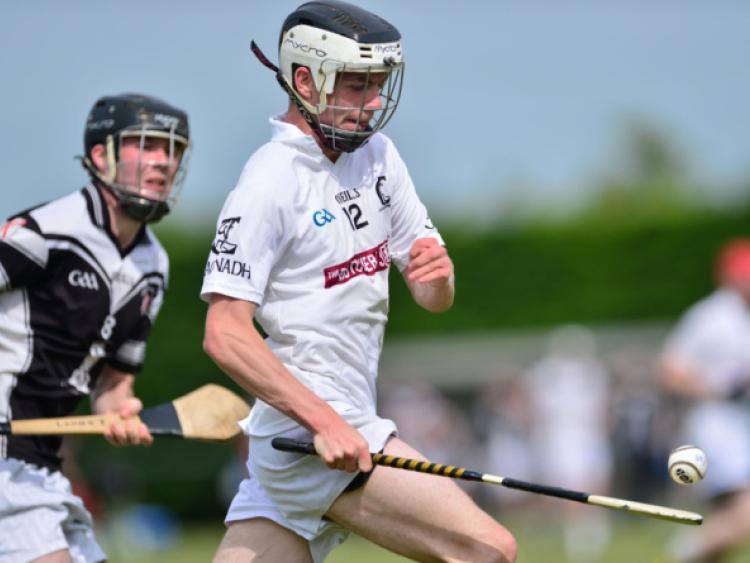 Clane’s Scoil Mhuire were crowned the North Leinster Senior C Hurling champions when they got the better of Cistercian College from Roscrea in St Conleth’s Park yesterday (Monday) afternoon.

Clane’s Scoil Mhuire were crowned the North Leinster Senior C Hurling champions when they got the better of Cistercian College from Roscrea in St Conleth’s Park yesterday (Monday) afternoon.

Scoil Mhuire, who were the better side throughout, led comfortably (2-9 to 2-1) at the break and weathered an early second half comeback from their Tipperary opponents to prevail by seven point margin.

Early goals from Roscrea’s Paddy McKeon from Naas and Alan Tynan got the visitors off to a flying start but it all went downhill for them thereafter. Clane assumed control and with Cathal ‘Bosco’ Egan in superb form they turned it around to open up a sizeable interval lead. Trailing 2---0 to 0-3 after ten minutes, Scoil Mhuire turned it around by the 17th minute thanks in no small part to a goal from Egan, which put them a single point in front (1-5 to 2-1).

By the 22nd minute the Kildare boys had stretched their lead to five points after Jack Byrne hit the onion bad after Ciaran O’Flaherty’s goal shot crashed against the crossbar. Further points from Ethan O’Donoghue and a brace from frees courtesy of Egan left Scoil Mhuire heading to the dressing room with an eight point cushion at the break.

A way back for Cistercian College looked beyond their reach but they refused to believe that and just nine minutes in to the second half they had cut Clane’s lead to just a point after Matthew Kavanagh and Tommy Devine and a pointed free from Alan Tynan.

Scoil Mhuire though ddug deep and by the 44th minute they opened up a 3-13 to 4-2 lead, their third goal coming from Tommy Cribbin. Roscrea did manage to hit the net on two further occasions but so too did Scoil Mhuire through substitute Liam O’Brien and O’Donoghue to go on and deservedly take the title with some seven points to spare.

Cathal Egan was their inspiration while centre back captain Conor Gordon was also immense at centre back.