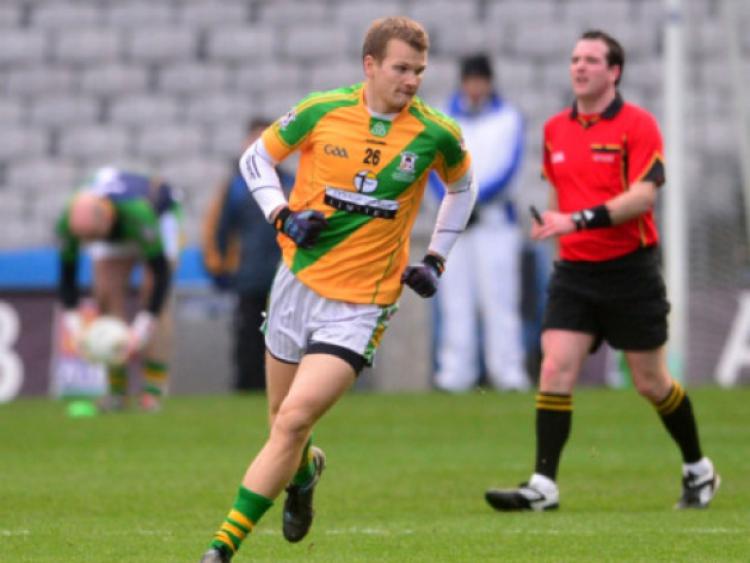 In 2010 Peter Kelly brought an presigious All Star award home to Two Mile House. It was a momentus occasion but Sunday tops it by a mile admitted the Kildare defender.

In 2010 Peter Kelly brought an presigious All Star award home to Two Mile House. It was a momentus occasion but Sunday tops it by a mile admitted the Kildare defender.

When the news broke back in December that Kelly was out for the rest of his club’s campaign many thought that was it for the Kildare Junior champions. Many beleived they’d have to be content with their Leinster title. Losing a playerof his stature was too big of a blow to recover from.

Kelly looked on from the sideline as his clubmates took on Emyvale in the All Ireland semi final. He kicked every ball with them from the sideline, gutted he wasn’t on the field. When Niall Browne kicked over a late winner Kelly knew he wouldn’t be involved on All Ireland final day. It was a bitter pill to swallow.

However when the House put five goals past Fuerty and indeed put the result beyond any doubt Jarlath Gilroy made a call. He was going to put Kelly in. It was the least he deserved.

“The game was already won at that stage but I just wanted to get on the pitch. I couldn’t miss my club winning an All Ireland. Even if I was on half a leg I still wanted to be there to just jog around and be part of it,” Kelly told the Leinster Leader.

He added: “I didn’t think I was going to get on because I’m a long way off full fitness. I knew I could come on and jog at least and I just wanted to be part of it. At that stage the game was won so I wasn’t going to do any harm to the defence!”

Kelly has had some great days in Croke Park, particularly in the All Ireland qualifiers but Sunday tops them all.

“It’s a special feeling. Whatever about winning it with the county, when you bring it back to club level when you know everyone in the stand, they are your family and friends, it really is makes it that bit more special.

“You can see how much it means to people. I don’t think there’s anyone left in Two Mile House today!

“There was even queues to get in the gate for mass this morning! The priest changed the time so we could all go and it was great. We get a great reception out and it gave us a bit of a lift. Everyone is part of it, the whole day was a community thing,” admitted the former UCD student.

Season 2013/’14 has been the stuff of fairytales for Two Mile House. The won all before them. They’re no longer the nearly men and Kelly is indeed thankful for that.

“I don’t know what made this year different. A lot of the young lads came through and that made a massive difference. We were always the bridesmaids but never the bride but the minors turned the tide. “