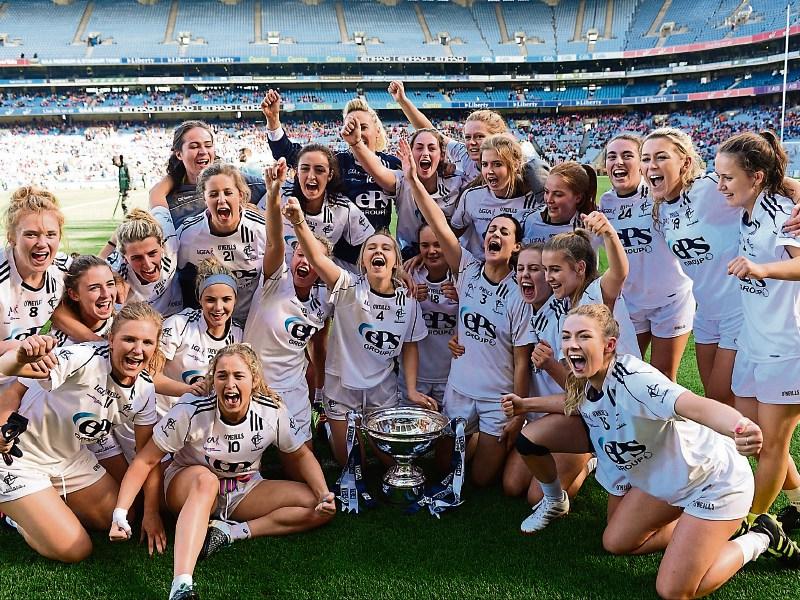 On the GAA front, Kildare Ladies captured the All Ireland Intermediate football title with a one point win over Clare in Croke Park on Sunday.

Alan Barry's Lilywhites had to withstand a second half onslaught from the Clare girls but refused to capitulate winning in the end on a score line of Kildare 1-13 to 1-12.

Meanwhile on the domestic front Moorefield put in a magnificent performance against Celbridge to book their place in this season's Joe Mallon Motors SFC winning 0-11 to 1-6.

In the IFC semi finals Round Towers defeated Raheens 2-10 to 0-13 while Two Mile House and St Kevin's must replay their semi final after drawing 0-16 to 1-13.

In the final of the IFC Relation Sallins retained their status getting the better of Ballymore Eustace 1-13 to 3-6.

In Rugby Naas fell to Ballymena in the Ulster Bank League Division 1B but picked up a valuable bonus point going down 15-8 while Barnhall (Division 2B) drew with Old Crescent 16 apiece.

In the KDFL Liffey Celtic booked their place in the McIntyre Cup beating Woodstock Celtic 2-0, while Allenwood and Grangecon shared the spoils in the Cooks Cabin Division 2.

The big news from the KDFL this week was the appointment of League Secretary, Regina Casey, as the first female Chairperson of the Leinster Football Association Junior Council. A great honour indeed.

Kildare GAA unveiled plans to revamp St Conleth's Park in a project that will cost in the region of €3.5 million. The work in three phases, is aimed to be completed by 2020.

Racing at the Curragh on Sunday saw Aidan O'Brien once again dominate with Capri winning the valuable Juddmonte Beresford Stakes with Ryan Moore on board.