Athy to push Sarsfields, but ... 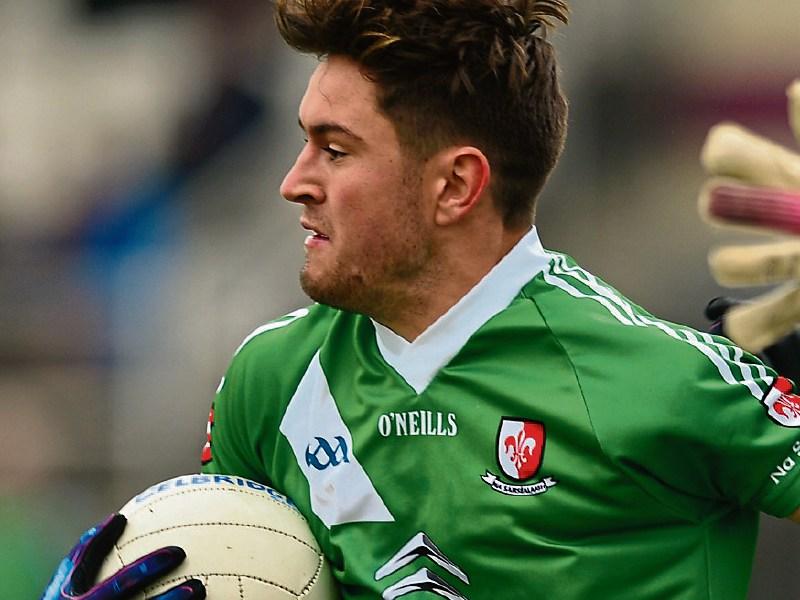 County champions, Sarsfields, under the guidance of their astute boss, John Crofton, take on Athy, a side that last won the title in 2011 but are still looked on by many as big under achievers.

The Sash opened their campaign with a two point win over Carbury and followed that up with victory over Maynooth.

That game against the boys in black, while panning out in the end as expected, saw the champions under pressure for long periods before eventually putting them away.

Star of the show for Sarsfields was undoubtedly their flying wing forward Ben McCormack. But Sarsfields are no one man band, not with players of the calibre of Ray Cahill, Alan Smith and full forward Seán Dempsey.

And so to Saturday.

Sarsfields are undoubtedly favourites, not just to get over Athy, but to retain their title. Athy, on paper, still look like one of the strongest sides in the county. Niall Kelly should be back in harness, they also have big names such as Kevin Feely, James Eaton, David Hyland, Liam McGovern, the experience Michael Foley, Paddy Dunne to name just a few.

The second quarter final sees Moorefield take on Paul Doyle’s Maynooth, the surprise side of this season’s SFC. Maynooth opened their campaign with a win over Castledermot (1-14 to 0-13) before coming up against the champs in Round 2 and while they went down in the end, they put up more than a decent display.

They next took on Johnstownbridge and again were not expected to advance and at the break the odds on Maynooth were long as they trailed 1-10 to 1-4 and that was increased even more with 20 minutes remaining.

But even at that Maynooth were causing problems with the long ball and they added two goals (similar to the one in the opening half) as Johnstownbridge crumbled and Maynooth grew in confidence winning 3-9 to 1-13.

In Round 1 Moorefield showed they were in the groove coasting past Clane 3-17 to 0-8 but then really turned on the style when firing eight past Johnstownbridge (8-13 to 0-9) with team captain Ciarán Kelly finding the net on five occasions.

Kenny Duane’s boys played exceptionally well in both those games, how strong the opposition was on both occasions is very much open to question but any team hitting 11-22 in two senior championship games certainly deserves respect.

The Moores, with the aforementioned Ciaran Kelly, Jason Philips at no. 14, Eanna O’Connor, county men Adam Tyrrell, Kevin Murnaghan and Ryan Houlihan along with some very experienced club players, not forgetting the incredible Roli Sweeney, will start this one as firm favourites.

Paul Doyle though will relish this one and will be hoping Neil Flynn, Paul Mescal, Chris Canning, Sean Sinclair, Johnathan Flattery and the impressive Danny O’Sullivan, can spring another surprise.