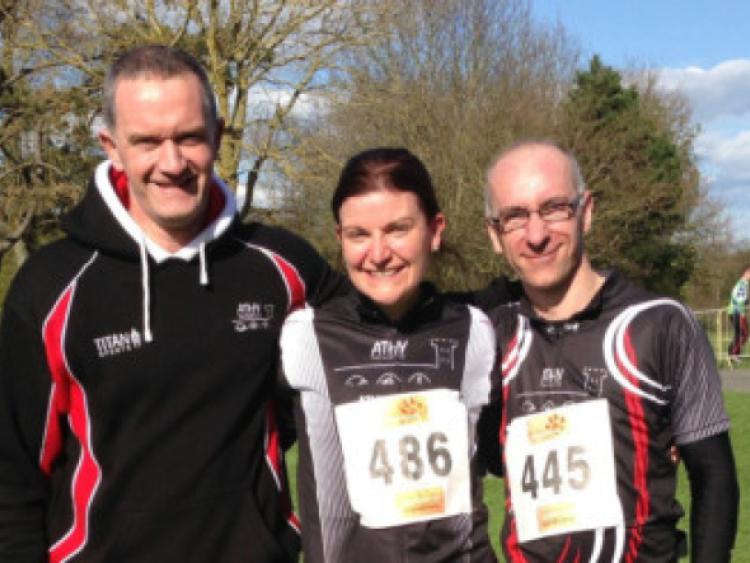 For anyone that doesn’t know me, here is a quick picture of how and why I decided I wanted to do the Triathlon.

For anyone that doesn’t know me, here is a quick picture of how and why I decided I wanted to do the Triathlon.

Training and being fit were very foreign concepts to me up to 6 months ago.

I was never, and I mean EVER into fitness. I got married to gorgeous Trev in 2008 and had the three boys pretty much steps of stairs. I ate my way through my last pregnancy. It helped to pass the 9 months but also brought me to 13 stone as I am a big lover of food.

So I hit the gym! I just kept telling myself it was a means to an end. I figured once I lost the excess weight I could go back to normality, couch, soaps, chocolate ect. I joined my local K Leisure in Athy, ranted to the fitness instructor over and over again (thanks Brendan) about wanting to fit into my skinny jeans and with a combination of excercise and healthy eating , I guess the rest is history.

Now came the unexpected, I realised I enjoyed going to the gym, I loved the feeling of hitting a target on a machine and dripping sweat after it. Who knew you could get such a buzz. I never felt so good physically and most importantly mentally. I looked forward to my three work outs a week.

My body fat was reduced and i was much healthier and more energetic which can only be a good thing when you have three boys to run after. I’m telling anyone out there seriously, you might think you won’t like it but you will. You will love it!

We had great craic in Wheelworx in Fonthill trying to pour our skin into the wetsuits and the panic and sweating when we couldn’t get them off. After us rolling around in the dressing room for 20 minutes we were now the proud owners of two fabulous Speedo wetsuits.

The first Monday night my brilliant pals in the Athy Tri Club thought it was time we face the RIVER... ahhhhhhhhhh.

A good crew of us showed up and this I have to say was the toughest, most frightening challenge I have had to overcome as of yet and I don’t think anything will surpass it. Put on your goggles everyone! My friend Michelle and I looked at each other and laughed - we had no goggles. You can’t wear anything on your feet which I found difficult, because of the fear of the unknown underneath. So we dipped in, I made a video but the language got a bit over the top with the fear so it had to be censored.

Michael and Peter took us through everything and then we were encouraged to swim against the current about 100 yards. Panic struck me, I was breathless and I wanted to get out, I was completely deflated.

Close to tears but again everyone so encouraging, I decided to stay in and I was really glad.

The one thing I would tell all first time triathlon people is if you are any way nervous of water do the SWIM ATHY. For me getting a feel of the river was half the battle!

When I got home, Trev dashed out the door for the night and I sat on the couch in my wetsuit. Luckily my pal Orla popped around and peeled it off me. It only took 40 minutes, oh lordy, MENTAL NOTE - must work on this for transition times.

It started with a spin

Spinning at K Leisure in Athy is what started my love affair with cycling!

I laugh out loud even reading this because initially when I joined K Leisure I asked which classes were particularly good for weight loss, and when spinning was recommended I just shook my head and replied “I wouldn’t get up on one of those bikes if you paid me even if it is stationary”.

So I tried all the classes and quickly discovered that I have no co ordination whatsoever, stomping around flapping like a bird in Body Attack was just not for me. I needed to hold onto just a smidgen of self respect, especially when I was trampling on everybody else who were gracefully able to manage the routines.

After exhausting all classes to my surprise spinning WAS the one for me, I found what I learned at spinning helped me immensely for my transition onto a road bike, as my legs were strong and I enjoyed pushing myself up a gear - literally.

Running is my least favourite activity of the three involved in triathlons, as I find it mentally challenging!

This might sound strange and Im not sure if other people have this struggle but my mind goes into complete overdrive! Too much time to think, guilt leaving the boys and self doubt are two of the common themes. Normally I aim for 4 or 5k and its typically halfway through I’m battling my demons.

Trev has run with me previously and as soon as I find myself struggling I’ll always remember his words- “your mind may be telling you it’s not possible but your body is more than capable! “ This was still ringing in my ears as I hit home.

To follow Deirdre’s regular blogs in the run-up to TriAthy 2013 on the June Bank Holiday weekend, and for more information on the event, log on to www.triathy.com.